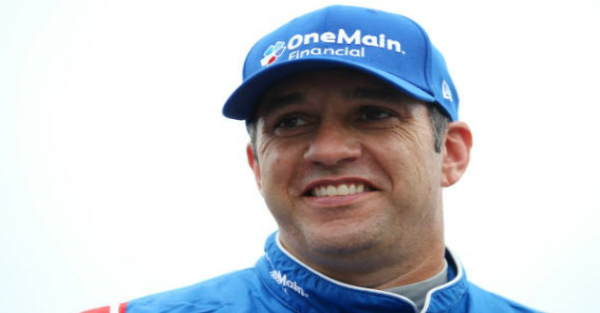 Less than two weeks removed from Elliott Sadler’s tirade at Homestead, the driver received an honor that has definitely turned his frown upside down.

For the third time, Sadler has been named as the Xfinity Series Most Popular Driver. While the award isn’t the same as winning a championship, but it certainly eases the sting.

The award was announced on the JrMotorsports website in a press release.

That sting happened in the last race of the season, when Sadler complained that a questionable move by Ryan Preece cost him a championship.

RELATED: A furious Elliott Sadler says a rival cost him a championship

?It?s unreal to be voted the NXS Most Popular Driver for a second year in a row,? Sadler said in the press release. ?To win this award given by the fans is truly an honor. I?m so grateful for each and every fan who took time out of their day to vote ? it?s humbling. I can?t thank NASCAR and my fans enough for honoring me with this award once again. This is incredible. I want to thank everyone who voted, my wife, Amanda, and our kids, and all of our sport?s loyal fan base.?