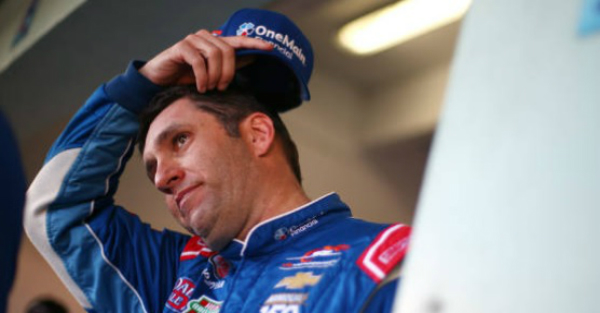 It’s been more than two months since Ryan Preece put the ‘sad’ in Elliot Sadler, and from talking to him you’d think it was yesterday.

In the final 10 laps of the 2017 NASCAR Xfinity Series season finale at Homestead, Sadler was in fourth place and was poised to cruise to a championship finish.

Preece was fighting for position — as he was instructed to do by his team — and wouldn’t allow Sadler the easy pass he felt was owed to him based on respect. This went on for a few laps, which allowed William Byron to pass the two of them en route to the Xfinity title.

To understand Sadler’s  bitterness, it’s important to note since his return to Xfinity in 2011 he’s been a bridesmaid four times as he’s finished the runner-up in 2011, 2012, 2016, and 2017. And as the clock keeps ticking his window of opportunity is slowly closing.

Fast forward to now and you’ll see that Sadler is still extremely bitter over the whole ordeal. Sadler seems to be holding a grudge heading into the upcoming season and has even issued a verbal warning for Preece to steer clear of him.

“It was just one car,” Sadler said and as quoted by autoweek.com. “It was one car that blocked me for about five laps. I feel like when you get the chance to race for a championship it would earn you respect.

“He better not get anywhere near me,” Sadler added. “That’s all I have to say.”

As the season gets ready to kickoff for the Powershares QQQ 300 at Daytona International Speedway, it will be interesting to see how things play out.

Sadler is still a favorite to compete for a championship, especially after finishing second the past two years. He’ll be returning with the same JR Motorsports team and Chevy he’s had each of the past two seasons, so there’s no reason he shouldn’t be right in the mix again.

“I have to remind myself that I’m still in a great situation,” Sadler said. “But it’s always in the back of your mind. I still think about what I could have done differently to create a different outcome.”

Maybe next time instead of expecting a free pass, he could earn the win by outracing the guy in front of him.