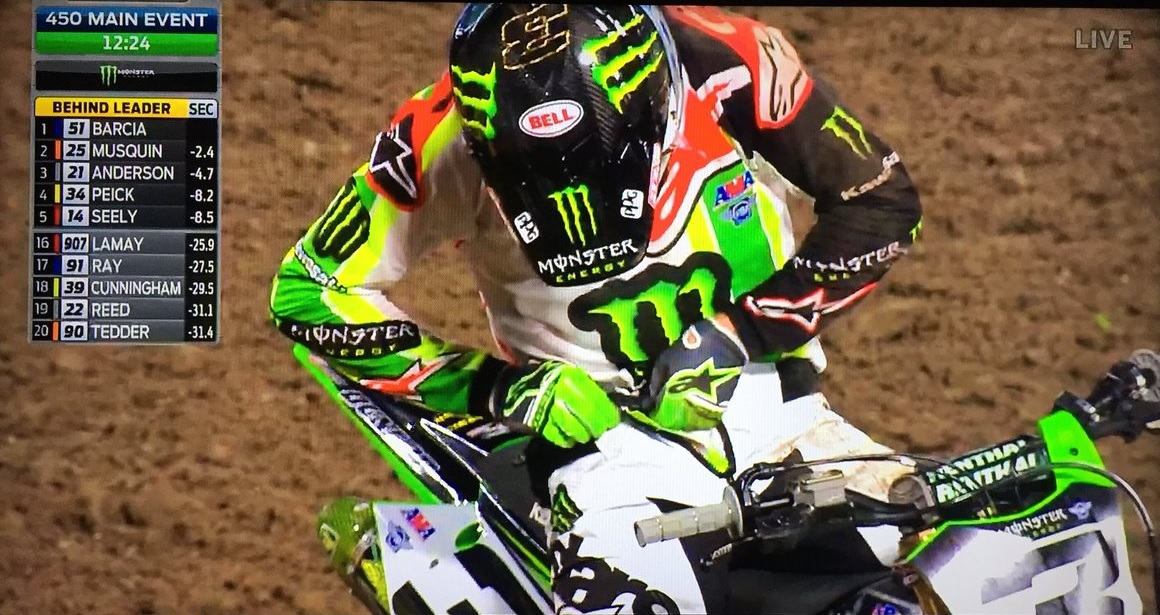 There’s losing and then there’s the way Eli Tomac lost the first round of the 2018 Monster Energy AMA Supercross Championship Series in Anaheim.

While the rest of the field was bunched up, Foxsports.com, the video above, reports Tomac took a 5-second lead on his way to what looked like an easy win. First came the mental blunder, then the wardrobe malfunction.

As Tomac came around a turn, he got out over his handlebars too much and the momentum threw him forward. He hit the ground hard but managed to regroup quickly, enough so to jump into 3rd. But then he stopped. The buckle and zipper on his pants had come undone in the fall and were starting to slide down. While Tomac struggled with his pants, opponents raced by.  Twitter pages lit up, poking fun at the wardrobe issue.

Tomac dropped out of the top 10 and then eventually pulled out of the race a few laps later for what was being called a bruised shoulder. It’s not clear whether Tomac will be able to compete in next week’s race in Houston. Marvin Musquin went on to win the race.