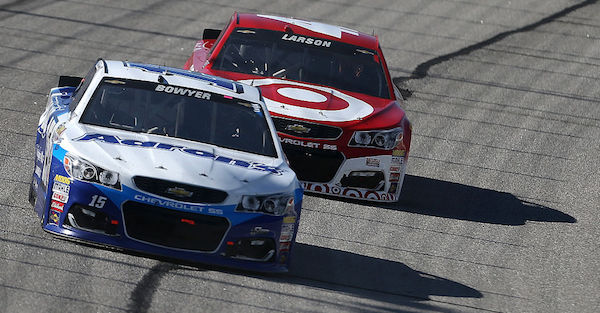 A total of 18 drivers in the Monster Energy NASCAR Cup Series and the XFINITY Series will lose practice time this week at New Hampshire Motor Speedway, according to NASCAR officials.

Eleven of those drivers are in the Cup Series, including Kyle Larson and Clint Bowyer, who are being forced to sit out 30 minutes of practice time each. Larson and Bowyer both failed inspections before last weekend’s race at Kentucky Speedway.

Larson was also penalized after Saturday’s race, and he was docked 35 points which dropped him to second in the points standings.

Related: NASCAR has a new points leader after huge penalties are handed out

The 15 minute penalties likely won’t impact the drivers too much, but Larson and Bowyer losing 30 minutes each is a slightly bigger concern heading into Sunday’s Overton’s 301 at New Hampshire.