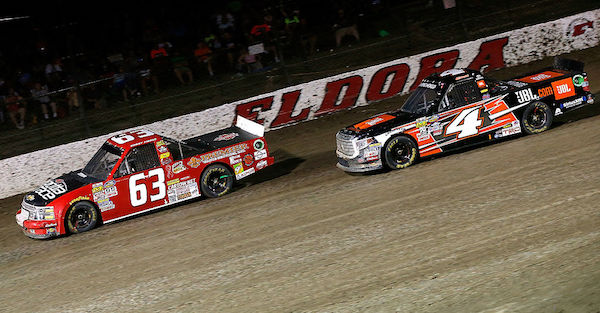 Eldora Speedway is one of the most historic dirt tracks in all of racing, and the track set an attendance record over the weekend.

Track manager Roger Slack estimated the crowd was at 25,000 on Saturday night for the World 100, which is the largest single-day attendance in the track’s history.

Perhaps the most surprising part of the record was that it wasn’t for a NASCAR event. It was just for a late model race on the dirt track. It was the 47th annual World 100, and Jonathan Davenport won the race.

Related: Tony Stewart is doing whatever he wants in retirement

While NASCAR is struggling for ratings and attendance each week, dirt tracks have seen an increase in attendance.

Eldora has benefited greatly, as the Kings Royal sprint car show brought in a similarly impressive crowd earlier in 2017.

The record-breaking crowd at Eldora was for a race that just so happened to be at the same time as the regular season finale of the Cup Series at Richmond. So instead of watching to see if Dale Earnhardt Jr. could qualify for the postseason, some racing fans decided to watch a dirt track race instead.

It’s an issue without a clear resolution for NASCAR as ratings and attendance continue to drop. Perhaps the playoffs will have more promising results, but for now it’s still a major cause for concern.