Driver has his best NASCAR finish ever, then the post-race inspection crushes his spirit 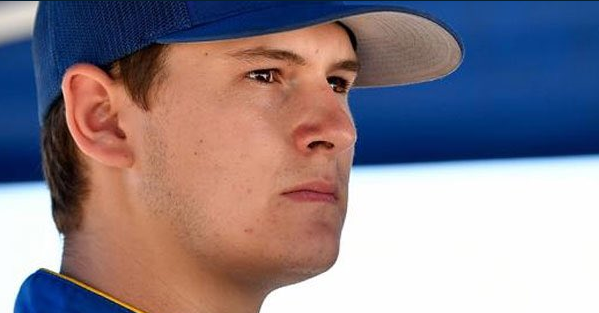 Gilliland managed to finish a career-best third in Saturday’s truck race at New Hampshire — and them, the post-race inspection brought horrible news.

His No. 51 Toyota received a L1-grade penalty because officials discovered a improperly sealed brake cooling assembly. For this transgression, the No. 51 team docked 10 points in both the team owner and driver standings. Furthermore, the crew chief for the No. 51 Toyota, Kevin “Bono” Manion, was fined a cool $5,000 and suspended for one event, and Gilliland’s finish was ruled encumbered.

It’s also been a rough 2017 so far for NASCAR driver Clint Boyer.

Currently 18th in the point standings and out of the NASCAR playoffs, Boyer has yet to win a single race this year or even a pole. In fact, of Boyer’s eight career victories in the Monster Energy NASCAR Cup Series, the last one came all the way back during the 2012 season.

That’s means Boyer’s currently in the midst of a 5-year winless streak, but the news isn’t getting any better this week for the 38-year-old Boyer.

After finishing a respectable seventh in the ISM Connect 300 over the weekend, NASCAR officials found an unsecured lug nut during post-race inspections. For this infraction, Boyer’s crew chief Mike Bugarewicz was fined $10,000 by NASCAR, according to NASCAR.com

And, after the NASCAR XFINITY Series race was completed at Kentucky Speedway this past weekend, NASCAR officials also found the No. 2 Chevrolet owned by Richard Childress didn’t adhere to the minimum ride height requirement. As a result, crew chief Randall Burnett earned a $10,000 fine and has been suspended for one race. In addition, the No. 2 team received a 10-point reduction in both the driver and team owner standings.

Not to be lost in the mix, there was also a penalty issued to a NASCAR Camping Truck Series team.

There we no drivers fined or penalized this week who are still competing in the NASCAR playoffs.