Dale Jr. remembers the most emotional race of his life and it will give you chills 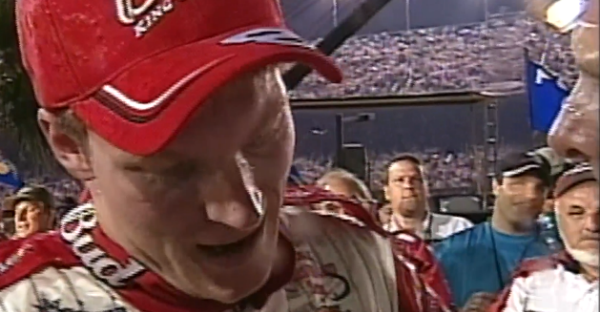 Dale Earnhardt Jr. has been making the rounds as he prepares to retire from NASCAR.  Dale Jr. has picked his 8 most memorable moments for NBC, which is doing “Dale’s Greatest 8.”

In the latest installment, Dale Jr. looks back at Daytona in July 2001. We all know the story. His legendary father, Dale Sr., had died in a wreck at Daytona the previous February. Dale Jr. won at Daytona, and the footage here is terrific.

We see Dale Sr. standing on his car pumping his arms in victory; watch Junior come across the finish line and then dedicate the race to his dad.

This is the No. 1 moment for a lot of Earnhardt family fans.