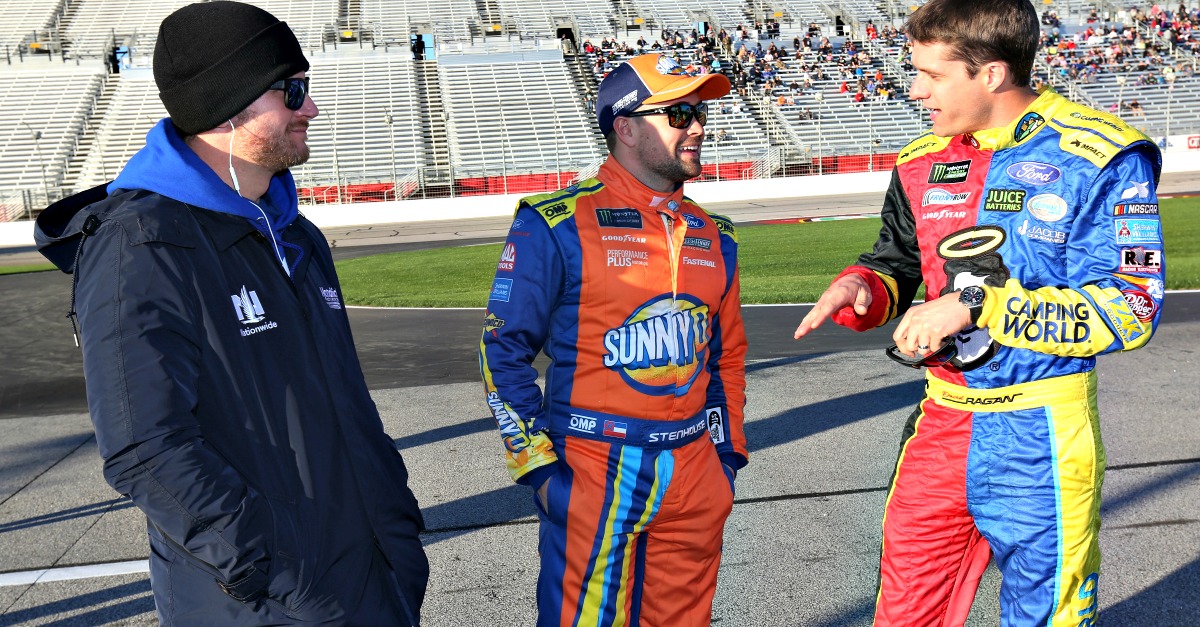 This time it’s David Ragan, the driver of the the the No. 38 Ford for Front Row Motorsports, who has caused a stir.

It all started when Ricky Stenhouse Jr. sent out a tweet lamenting the horrible looting that happened following Hurricane Irma:

This is the video he was talking about:

Here are a group of looters ransacking a #Miami Foot Locker store before police arrived pic.twitter.com/UNRmLRMVCR

It’s Ragan’s response that has has some fans in an uproar:

They need to stop by the clothing store and steal some belts to hold up their pants next. https://t.co/nEbM7kpmqe

Some were embarrassed by his comments:

Comments like this make me embarrassed to be a NASCAR fan.

Where are the white ppl? All the looting in Texas now Florida and the white ppl get no publicity? That's racist…

Others said he was right:

You have a new fan here brother!!! Great tweet !

It wasn't racist it was the truth.

it's not racist to point out the obvious. My husband is black and he even says people need to buy a damn belt.

So what do you think? Let us know.