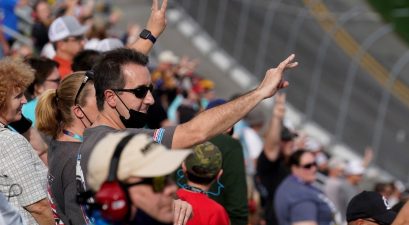 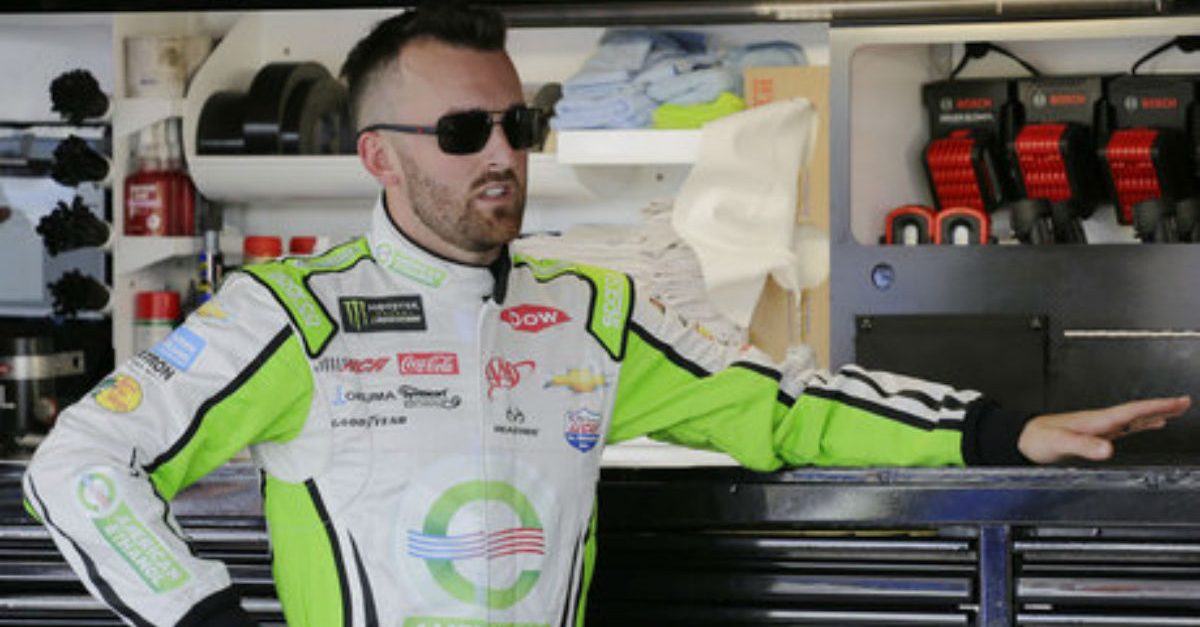 DARLINGTON, S.C. (AP) — Austin Dillon loves his position entering the Southern 500 — planning for NASCAR’s playoffs rather than trying to qualify for the postseason.

Dillon was the first to lock up a spot in the 16-team playoffs with his win at the Daytona 500 in February.

He’s largely felt pressure-free ever since, something he expects will change as the Monster Energy NASCAR Cup Series wraps up its final two regular-season races here at Darlington and then Indianapolis next week.

It was hard keeping this @americanethanol paint scheme a secret, but glad the news is out. Looking forward to introducing the quicksilver Camaro ZL1 to the Lady in Black #NASCARThrowback @darlingtonraceway #1995 #quicksilver #silversecret

“In two weeks from now we are going to be thinking about points again,” said Dillon, 19th in the point standings. “So you’ve got to race these last two races like the playoffs have started.”

Read More: Race Weekend at Darlington Will Be Chock-Full of Iconic Throwbacks

Twelve drivers have clinched berths in the playoffs, and most of the other spots could be wrapped up after Sunday night’s race.

Denny Hamlin needs eight points in the race to make the field for the 12th time in 13 years. Aric Almirola and Jimmie Johnson could get in if one of NASCAR’s nine drivers with victories crosses the line in first.

Here it is! This year, our Throwback is about my short track racing roots and my family’s sacrifices to get me to this point. Can’t thank @FedEx enough for doing this. Check out my story for an exclusive video that gives the full background. #NASCARthrowback

For many drivers, they’ll need a great run if they’re to race for a title.

Ricky Stenhouse Jr. is 16th in points, but on the outside looking in because of Dillon’s victory at Daytona. Stenhouse stands 79 points behind Alex Bowman, who is on the bubble as the final driver for the playoff.

Stenhouse’s approach this weekend is clear — win and you’re in.

“We’ve got to go out and do our job and get to victory lane,” he said.

Been a good relaxing off week. Got to spend sometime on these green machines @johndeere But eyeing darlington this weekend love being at the #southern500

Stenhouse, the Roush Fenway Racing driver who qualified for the playoffs for the first time a year ago, acknowledged that strategies change and more risks are taken when it comes to making the playoffs.

Stenhouse said crew chief Brian Pattie might try an unconventional setup or tinker with their race plan to get the No. 17 car on top.

“It’s like that for a lot of us,” Stenhouse said.

Kyle Larson secured his playoff spot in the series’ last race at Bristol with a runner-up finish two weeks ago. The Chip Ganassi Racing driver never really concerned himself with his positioning, feeling his consistency (13 top 10s in 24 events) and performance was better than several other playoff contenders.

“I felt like for the last three or four months, our team was solidly in the playoffs until you’re not mathematically set until the last race,” Larson said. “Our mindset isn’t any different, especially these next two.”

Hamlin, the defending Southern 500 champion, has struggled in recent weeks to find the form that’s made him a regular playoff participant since 2006.

“Winning is the only thing I care about,” Hamlin said Friday. “Running better is very, very important to us at this point, so we’re doing everything we can to work hard and get to that level we want to be at.”

Matt Kenseth returned the Roush Fenway Racing’s No. 6 in midseason after retiring as a full-time driver last year. He’s run just eight races with his best finish a 13th in the first Pocono event in June.

Kenseth, the 2013 Southern 500 winner, is not racing for points or planning for playoffs, simply trying to improve the team as best he can.

He’s learned, though, that despite NASCAR’s emphasis on wins, staying consistent is key. In Kenseth’s run to the 2003 championship he won just once while Ryan Newman won eight races yet finished in sixth, more than 300 points behind the champion.

The uproar over Kenseth’s steadiness led NASCAR to start the playoffs the next season.

“All you hear on TV is about points, points points,” Kenseth said. “So I don’t want to hear it.”