Crash eliminates two contenders during the final stage at Michigan 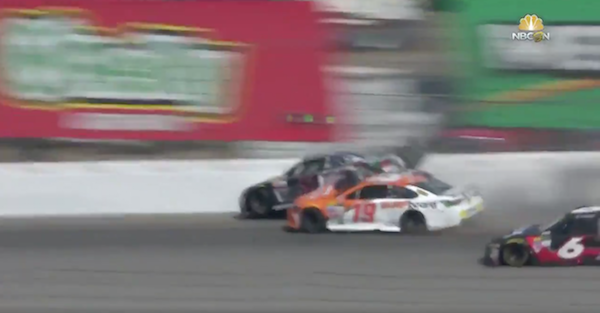 A crash in the final stage of the Pure Michigan 400 has eliminated playoff driver Kasey Kahne and playoff contender Daniel Suarez from the race.

Kahne collided with rookie Daniel Suarez on Lap 140, and the collision was severe enough to destroy Kahne’s car.

Related: Kyle Busch runs fast at Michigan, but gets some potentially terrible news

Kahne has already qualified for the postseason, so luckily for him the wreck won’t impact his playoff chances.

Suarez led earlier in the race, but the crash with Kahne certainly wasn’t what he needed.

.@Daniel_SuarezG was riding a hot streak coming into Michigan.

He leaves with his first DNF since the Daytona 500. #NASCARonNBCSN pic.twitter.com/0bRbvBSjvI

Suarez said Kahne went up “a little too soon” for his liking, which caused the wreck between the two. Suarez said he and his team will need to regroup and come back stronger next week.