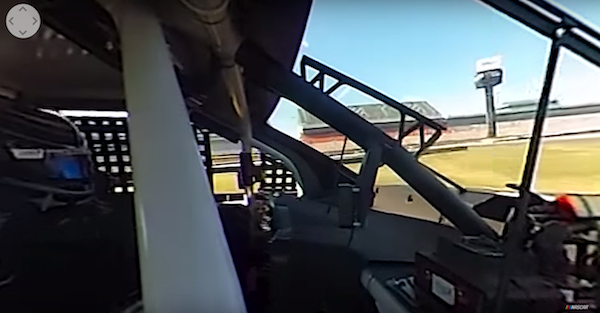 A handful of drivers were able to participate in the first Goodyear tire test at the new Roval at Charlotte Motor Speedway, and Richard Childress Racing driver Daniel Hemric was among those drivers.

Hemric also had a 360-degree virtual reality camera with him along for the ride, and it allows viewers to change the camera angle inside the car so they can enjoy different viewing experiences.

The directional pad in the top left corner of the video allows you to change the camera angle.

The Roval is set to debut next year, and it will be the only playoff track with a road course dynamic involved. It will be a hybrid track that is half road course and half oval.

Having a playoff race at a track that is all road course would be more expensive for teams, but the Roval incorporates the best of both worlds.