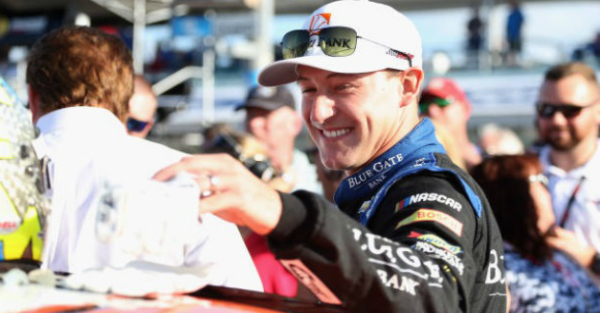 After a rookie season in the NASCAR Xfinity Series that saw some curve balls thrown his way, Daniel Hemric looks to get things back on track.

Hemric ran the final five races with Randall Burnett as his crew chief, but heading into 2018 he’s announced the return of Danny Stockman Jr. to the top of his pit box, according to NBC Sports.

Burnett took over for Stockman, who in October was suspended for four races after a piece of tungsten ballast fell off Hemric?s car on pit road.

Hemric managed to sneak his way into the Championship 4, so he decided to stick with Burnett heading into the finale at Homestead. After suffering a battery issue, Hemric finished in 34th place, placing him fourth in the final point standings.

RELATED: A rookie is key to the future of Richard Childress Racing

“I?m very excited about that,” Hemric said in regards to the return of Stockman. “We had some situations that were thrown our way with five races left in the season.”

“I have all the faith in the world in Danny and in our race team and the direction we?re going as a company and knowing I?ve got him to lead our group is very exciting,” added Hemric.

In his rookie campaign, Hemric finished with 16 top-10’s, seven top-5’s, but was unable to make his way into victory lane. His best finish was second place at the Mid-Ohio Sports Course in August.

Hemric shared some of his learning moments, as well as his struggles on the course in his first season as an Xfinity driver.

“But more than anything else, you?re racing so much more that you see the learning curve kind of take its own path a lot quicker throughout the year,” added Hemric.