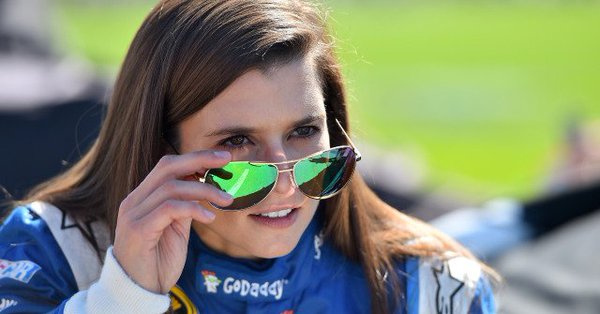 Danica Patrick knows the Daytona 500 will be an emotional  affair. And why shouldn’t it be? It’s the final Cup series race of her career. Starting the engine for the last time, taking the first and last lap around the track, waving to the fans one last time — any one of those is likely to cue the waterworks.

“We just have to keep my dad away from me, to be honest,” she told Bob Pockrass of ESPN. “He’s always the emotional one that’s going to be, like, all choked-up and tearing with sunglasses, and crunching on his water bottle, and he’s going to be like, ‘Just have fun out there,'” Patrick said.

“And I’m going to be like, ‘Gosh, keep it together because I have to.’ So, I’m sure my whole family will, but I know my dad.”

Nothing like a proud dad. And he should be. His little girl has accomplished several impressive firsts in her career (first woman to win an IndyCar race, first to win the pole at Daytona) and she’s ending her NASCAR career on her own terms. She’s mentally prepared to move on — but she realizes the emotions will it her, too.

“When I think next Sunday comes, I’m sure I’ll be a lot more retrospective or introspective and emotional about the finality of it, and just have a little bit more perspective,” Patrick said. “But right now, I’m fine. I’m good. I’m excited about it all.”