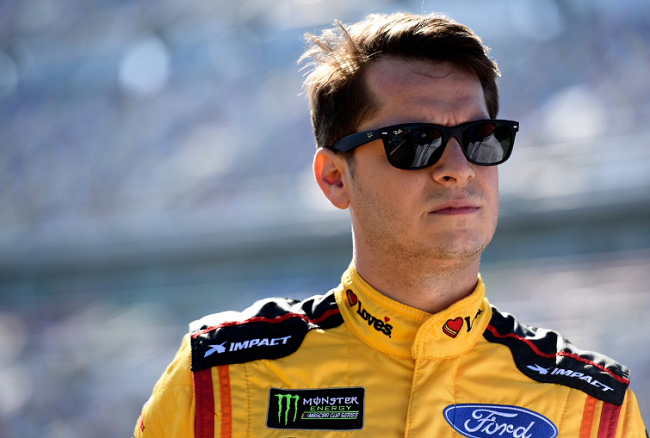 With only three races left in his Cup Series career, Dale Earnhardt Jr. felt the time was right to publically admit to all the drivers he’s wrecked over the years and asked fellow racers to do the same on social media, using the hashtag #IWreckedEm.

Started thinking about all the Drivers I’ve wrecked on purpose. Discussed them on our podcast 2day. Already have 1 I forgot about.

To kick things off, Dale Jr. used his platform on Dirty Mo Radio to admit to intentionally wrecking Kerry Lawrence at Myrtle Beach in 1996, Stanton Barrett at Pikes Peak in 1998, spinning Kasey Kahne at Richmond in 2004, and spinning himself out at Bristol in 2004 because he needed a caution, but was later fined for admitting to it. Lastly, Dale Jr. admitted to intentionally wrecking Kyle Busch at Richmond back in 2008, saying it was retaliation for Busch wrecking him earlier in the year.

NASCAR’s 14-time most-popular driver then asked folks to share similar stories on Twitter with the #IWreckedEm hashtag and everyone’s favorite social media troll–Landon Cassill–was one of the first to participate, though he didn’t seem nearly as apologetic.

In light of Dale’s humble admissions, I want to be the first to say to anyone I may have wrecked in the past,,,,you probably deserved it https://t.co/RUPM4Rc0qD

After Cassill shared his Tweet, former NASCAR driver Kenny Wallace shared a number of #IWreckedEm stories that didn’t have anything to do with crashing people on the track, but more to do with dirty deeds he committed as a child due to growing up so poor.

When I was a kid I stole soda bottles off peoples back porches and turned the bottles in for money. #IWreckedEm pic.twitter.com/ziX2vZ8aqZ

While the #IWreckedEm hashtag definitely inspired lots of interesting stories from small-time drivers and racing fans in general, it’s worth mentioning not many current NASCAR drivers decided to take part in the fun.

Dale Jr. must have more leeway since he has good relationships with his fellow drivers or he just isn’t worried about retaliation since there’s only a handful of races left in his career.