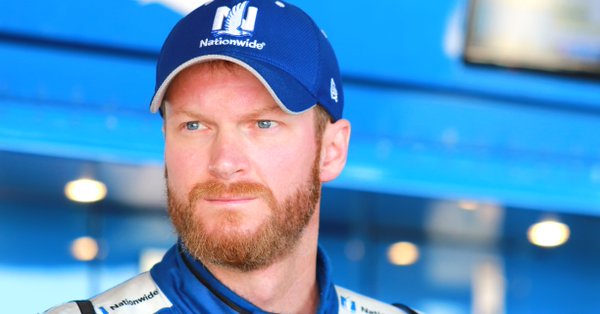 The question was pretty innocent enough. SiriusXM NASCAR radio show Tradin’ Paint tweeted out “What is your bold prediction for the 2018 NASCAR season?”

We’ve debated this very question quite a lot here on the pages of Alt_Driver, but it was the first reply to the question that caught our eye. The social media savvy Dale Earnhardt, Jr. quickly weighed in.

I’ll roll the dice that Kurt and another capable veteran retires.

Earnhardt, Jr. sees Kurt Busch hanging it up after the 2018 season. Now, he doesn’t give any reason for his thinking, but you’ve got to figure Jr. has a pretty good read on the situation. Few drivers are as uniformly liked and tapped in as Jr. Busch is an 18 year veteran of Cup racing with 29 wins to go along with his 17 wins in Xfinity and 14 wins in Trucks.

And as a little teaser, Earnhardt, Jr. throws in the line “another capable veteran retires,” but again, offers no clue as to who he’s talking about. I guess we’ll just have to wait and see.

But veteran drivers like Busch leaving the sport wouldn’t be good for NASCAR, which has lost Dale Jr., Matt Kenseth and Danica Patrick this year alone. While there’s a stable  of outstanding young drivers, they’re still unproven. Losing more veterans runs the risk of NASCAR not having a “face” for the sport.