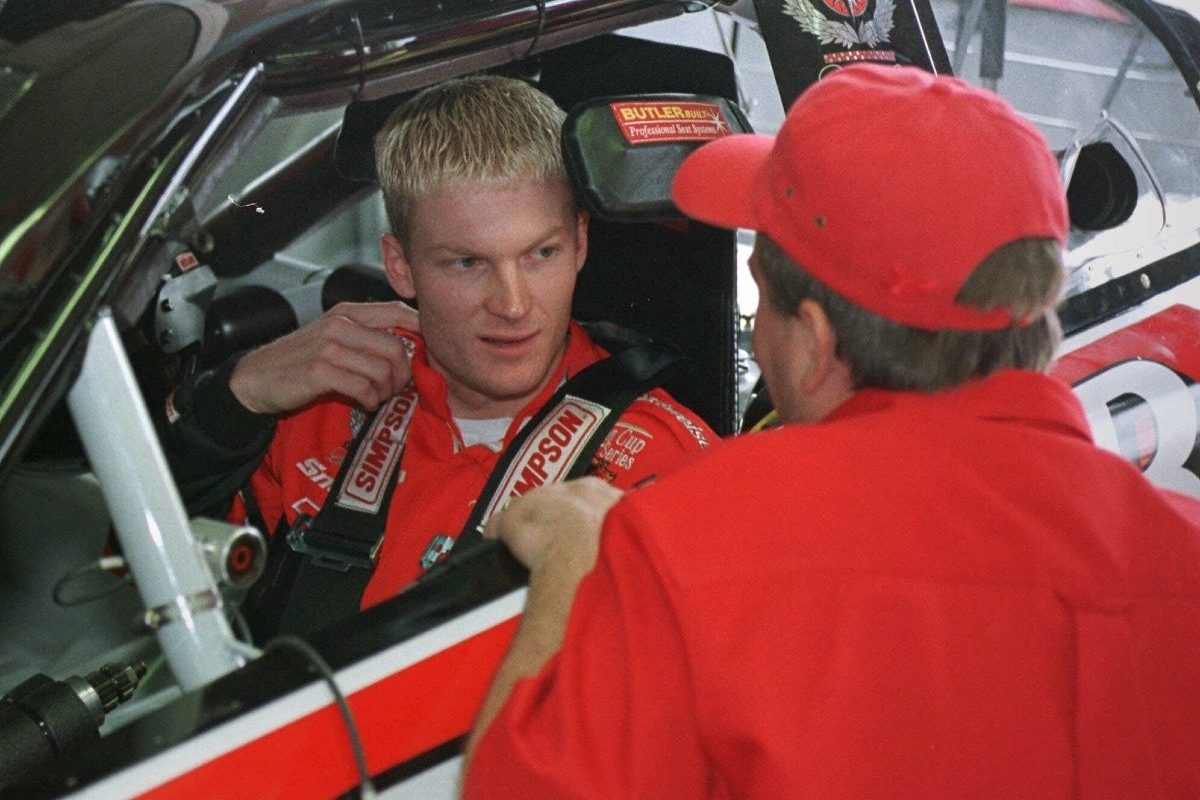 Part of what makes these two so good at talking racing is that, throughout their lengthy careers (Waltrip raced in the Cup Series for more than 30 years and Dale Jr. for nearly 20), the pair cultivated their fair share of incredible stories. A good chunk of these stories involve the late Dale Earnhardt Sr. Not all that surprising, considering he not only was Junior’s dad and a longtime competitor of Waltrip’s, but he also owned the Dale Earnhardt Inc., a racing team that both Dale Jr. and Michael were employed by.

In an episode of the Dale Jr. Download podcast, Waltrip and Earnhardt traded stories about The Intimidator, particularly touching on times that they really pissed him off. One story that Waltrip recalled went down in Darlington all the way back in 1986, when he was just a rookie. The way he tells it, though, you would think it happened yesterday.

“I was running pretty darn good for a kid that had just been racing baby grand cars,” Waltrip said. “It was probably midway through the race, and he was leading and I came off Turn 2. And I just ? I didn?t see him. I didn?t know what was going on, and I was up on the straightaway off Turn 2 then, and by the time I thought I landed, he was already down inside of me in that Wrangler car that you ? you could see his feet almost in those cars back in the day. You know, you could almost see the whole guy. And he had a finger pointing at me, and I?m like, ‘Oh no, that?s bad.’ That?s Dale Earnhardt and I?m Darrell?s little brother, and he is mad at me.”

“I would have left Darlington in my car before I confronted him. But it was one of those moments though, as I thought about it, I took it as a lesson ? not as him being pissed but get it together, buddy.”

Rookie drivers must’ve really gotten under Senior’s skin, because Junior also shared a story from his rookie season in 2000. It was his first race at Martinsville, and, needless to say, it wasn’t a great one. He wrecked several times before it was all said and done, but it was his conversation with his dad in the post-race helicopter ride that basically just added insult to injury.

“Finally the last wreck, I had no fenders on my car, hood?s gone and we had a restart,” Junior remembered. “And we just had a restart, and I?m back there [like], I?m gonna ride this out. I?m OK. And I come down in the corner, and I was underneath I think it was [Ryan] Blaney?s dad, [Dave], and he came down, and I hopped his tire with my car because I didn?t have any fenders. And I jumped him, and when it landed, I was at the fence. And it bent the steering wheel ? I still have that steering wheel ? it bent the steering wheel into the dash and just killed this car.”

“So Dad comes over the radio to Richard Childress and says, ?Tell him to park it!? And Richard?s like, ?I think it?s done.? And so we get in the helicopter, and Dad goes to chewing my butt over just how much [expletive] I tore up and wrecking. I imagine he was pretty embarrassed because I caused about four yellows. He got done chewing my ass, and I said, ?Yeah, man, but did you see me yard the leaders?! Had to put a straightaway on them that one time! You ain?t even gonna talk about that?!'”

Damn. We could listen to these two trade Dale Earnhardt stories all day. So awesome!