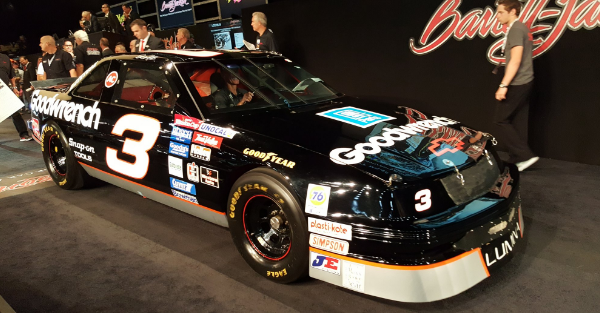 Someone did ? but there?s a really good reason.

Yep, the car Dale Earnhardt drove when he won the 1989 and 1990 races at the Atlanta Motor Speedway sold for that much money at the Barrett-Jackson Palm Beach Collector Car Auction.

The auction listing says the car won at the Lake Mirror Classic in Lakeland, Florida, for best Historic Race Car and was with its previous owner for seven years.

According to NBC Sports, the car was authenticated by Kirk Shelmerdine, was who was crew chief for Richard Childress Racing?s No. 3 team from 1984-1992.