NASCAR drivers reflect on one of Dale Sr.’s biggest moments 20 years ago 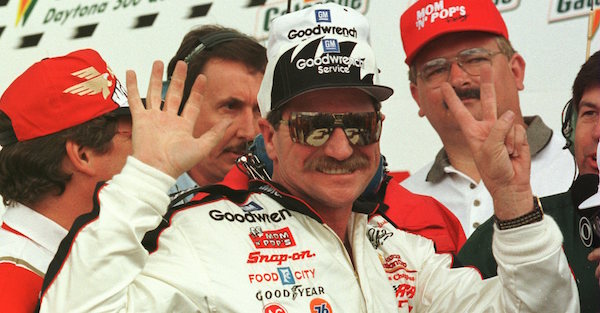 By the time the 1998 season started, Dale Earnhardt had accomplished just about everything imaginable in NASCAR. He had already won seven Cup Series championships, and there wasn’t much left for him to accomplish.

Earnhardt had come close on numerous occasions; he had four second place finishes and was in contention every year, but he always fell just short.

That’s what made the season opening race in 1998 so special. Earnhardt finally won the Daytona 500, and pretty much every other driver was happy for him. The pit crews for other drivers walked out to congratulate him, and it was a historic moment for a legendary driver.

Several current Cup Series drivers remember that iconic Daytona 500, and they told NBC Sports what they recalled from Earnhardt’s win.

Martin Truex Jr. was 17 at the time, and he was a huge Dale Earnhardt fan.

“I was on the couch with my dad, watching the race,” Truex said. “Of course, Dale was my driver. To watch the heartbreaks over the years, then for him to finally win it, it was like watching the Eagles win the Super Bowl. It really was. It was so exciting. It was unbelievable that he finally got it. It was like you knew at some point in time he was going to win it, right? Until he did, you?re like, What the heck is going to happen next?

?That was fun. Then just watching him drive down pit road, the congratulations he got, that?s something I remember like it was yesterday. I mean, I remember exactly where I was sitting on the couch. It was like one of the coolest moments in racing history, so yeah I remember it.”

Justin Allgaier was 11, and he remembers his friend breaking his arm but waiting to go to the hospital.

“We were at home watching the race and a buddy of mine and I were outside ? riding a motorized scooter and he fell and broke his arm,” Allgaier said. “All of us were Dale Earnhardt Sr. fans at the time. His family was diehard Dale Earnhardt Sr. fans. They waited to go to the hospital to have his arm checked out until after we saw the end of the race because there was a good chance he was going to win. Quite an interesting ordeal but at the same time it was cool to be able to watch that on TV.”

It’s worth reading what other drivers remember from that day, including Kyle Busch, Elliott Sadler and the Dillon brothers.

Earnhardt’s win was long overdue, and it provided fans with one of the most memorable Daytona 500s in history.