Dale Earnhardt Jr. talks about the two best moments of his career 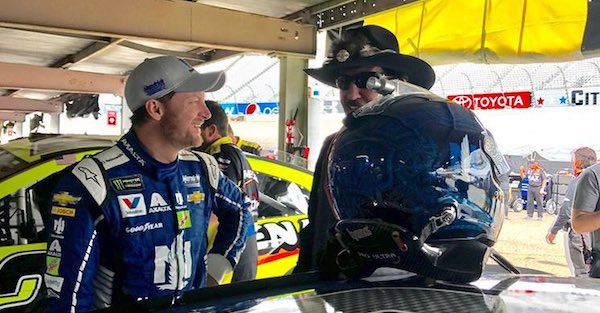 Dale Earnhardt Jr. is quickly approaching retirement, and, following the 2017 season, he will leave the asphalt oval for good. In honor of his nearly 20 years in NASCAR, the Earnhardt team is launching the Appreci88ion tour. Dale took some time away from the car to talk on camera about two of his favorite moments on the track.

First off is his 2001 victory at the Pepsi 400, when number 88 jumped from sixth place all the way to first in an incredible display of car and driver working in sync. He attributed his win to the 88 car’s superior performance.

“The car was just faster than anyone’s car.”

The second race to stick in Earnhardt’s mind was the 2004 Daytona 500.

“I remember we short pitted, and the race didn’t have a lot of yellows in it. And for whatever reason the short pitting was netting us chunks of yards and distance on the race track.”

The strategy definitely paid off, and soon the race was down to just Earnhardt and Tony Stewart. Earnhardt was struggling to pass Stewart, until, eventually, he was able to get inside and side draft him for a pass.

The next 20 minutes, he said, were some of the most stressful of his career.

Related: Daytona is pulling out all the stops to honor Dale Earnhardt Jr.