Dale Jr. Says “This Might Be the Last One” After Miami Race 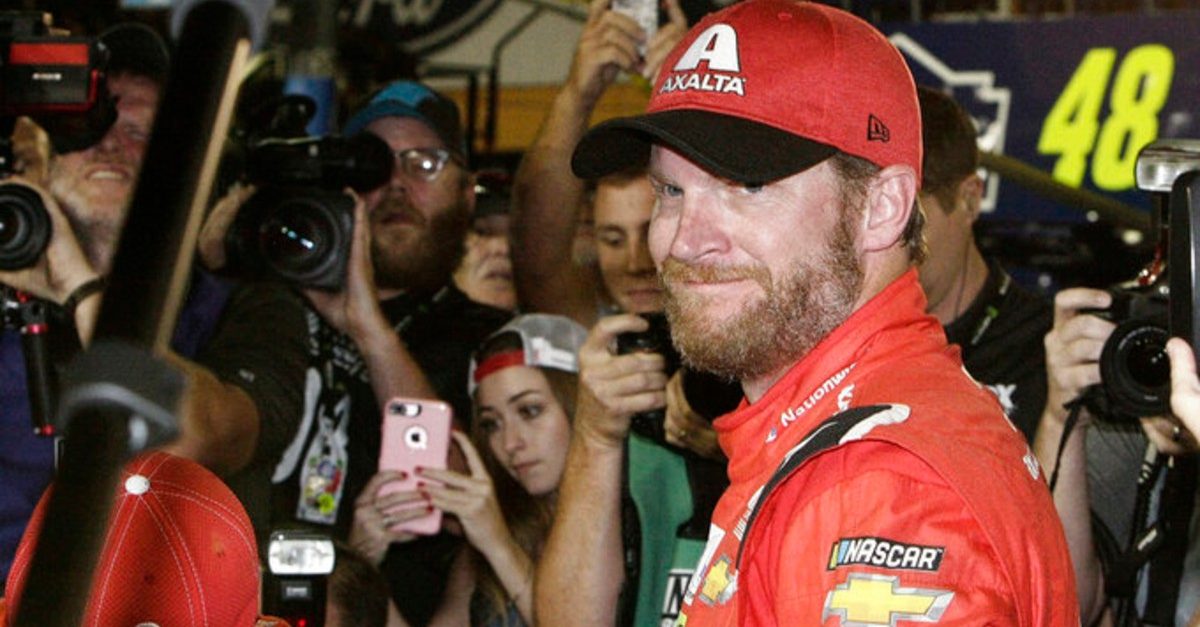 Dale Earnhardt Jr. hasn’t been a full-time NASCAR driver for a few years now, though he still runs one NASCAR Xfinity Series race a year behind the wheel of the No. 8 Chevrolet Camaro race car for JR Motorsports. But, if Junior’s recent post-race comments to reporters are any indication, even those annual races may be coming to an end for the 45-year-old North Carolina native.

?I think right now, it?s just going to stay the same,? Junior told reporters after finishing fifth in Saturday’s Hooters 250 Xfinity race at Homestead-Miami Speedway. ?I don?t want to do any more, that?s for sure. I can say that with confidence. I don?t know how many more of these I?ll do. This might be the last one. And this ain?t no tease or anything like that. I?m not trying to be annoying about that. It?s a lot of a commitment, and I just, I don?t know.

?I don?t know if it?s getting to the point where I?ve gotta decide whether I?m helping things or I?m not helping the team. How can I help the team in other ways? I don?t know. I really enjoy it. I really do. But I think there?s gotta be a point to where I decide to make the change to broadcasting entirely, and with that said, though, being in the car today, I certainly learned a ton that?s going to help me in the booth. I?ve just gotta think about it, you know? I certainly don?t want to run more. One is plenty.?

The NBC Sports personality and host of the Dale Jr. Download podcast admitted to being “real nervous” heading into Saturday’s race, especially since he had no practice or qualifying runs due to NASCAR’s COVID-19 restrictions. It’s this anxiety that makes Earnhardt, whose last NASCAR Cup Series race was at Homestead in November 2017, think it may be time to finally hang it up.

?I was really, really nervous. I started to think to myself, ?How can it be possible for somebody to race in any of the top-3 series without having any laps and not having driven a car in a year??? he said. ?I know I got some laps, and I?ve been around for a while. But I was real nervous! I really was because I thought I knew kind of what the drivers? mindset might be in these types of situations over the last several weeks with no laps, no practice, just a lot of pressure.”

?But I really underestimated. It?s harder than I thought. It?s more anxiety than I would have imagined, and so I was a little difficult to be around the last couple days, just having the anxiety of it.”

Earnhardt, a 15-time Most Popular Driver winner and 2021 NASCAR Hall of Fame nominee, also touched on how proud he is of NASCAR’s leadership following the recent decision to ban the Confederate flag from all events and properties.

?I have so much confidence in our leadership,? Earnhardt said. ?They were communicating with me throughout the week with their plans and I don?t know that I?ve been more proud of the leadership in our sport than I have been in the last two weeks.”

?I?ve been doing this a long time and I?ve been commenting and speaking up and I?m so glad that the sport is speaking up and the drivers are banding together with their own personal feelings about all this. It makes me feel so good to see a lot of people talking.

?We?ve had a lot of uncertainty with our leadership. There?s been some changes at the top over the last couple years. And now when we get into these moments when our society is looking for change, I love what I?m seeing out of the leadership in our sport to be a part of that change.”

?I like what (NASCAR president Steve Phelps) is doing. I think (NASCAR vice president) Steve O?Donnell?s doing a great job, and so I?m so much more confident, I guess, in the direction of our sport with those guys at the helm than I?ve ever been in a long time.?