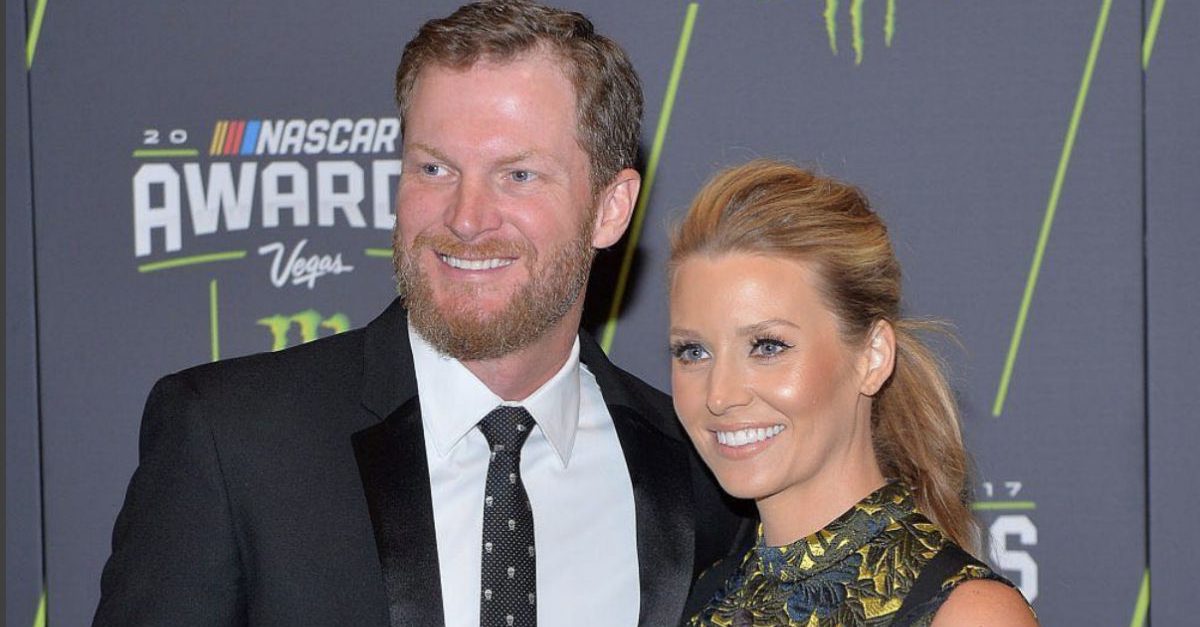 Dale Earnhardt Jr. has been pretty busy for a retired guy: Wife Amy gave birth to their first child, he hit the slopes in South Korea and raced scooters against Jimmy Fallon.

Junior Nation can keep tabs on Earnhardt’s active lifestyle ? from home restorations to Super Bowl sound bites ? though his own podcast.

NBC Sports has banked on that fervent fan base to flock to its NASCAR broadcasts when Earnhardt makes his season debut Sunday at Chicagoland.

Earnhardt is ready to trade a firesuit for a suit and tie in the booth.

“There’s so much to learn and absorb, and this is going to be an incredible 21 weeks of education for me,” Earnhardt said.

NBC picks up its half of the NASCAR schedule at a time when ratings and attendance have cratered and nothing ? from stage racing to a revamped championship format to a force-feeding of underachieving 20-somethings ? have revived a sport Earnhardt’s late father helped usher into the national spotlight in the 1990s.

Earnhardt, a two-time Daytona 500 champion, retired at the end of last season and earned his 15th straight most popular driver award. Hilarious and heartfelt, his folksy charm endeared him to the millions that comprised his “nation” of fans and even made Earnhardt a household name to the casual fan who recognized him simply as NASCAR’s top pitchman.

But is Earnhardt’s popularity enough to halt the ratings slide of a sport in danger of returning to its niche roots?

NBC, in the fourth season of a $4.4 billion, 10-year deal, can only hope Earnhardt’s star power will attract viewers curious to listen to how NASCAR’s favorite son tackles each race.

Earnhardt will be paired again with his former crew chief, analyst Steve Letarte. Rick Allen returns as the play-by-play announcer and analyst Jeff Burton also will be in the four-man booth that Flood said will have a different presentation each week.

“Who would you rather share a beer with and watch the race,” Flood asked.

The only thing chillier than a few cold ones in the cooler is NASCAR’s weekly ratings report.

Another reason to remain cautious about the so-called Junior Boost: His final races last season hardly moved the needle. His farewell race at Homestead last season saw ratings plummet to 4.7 million viewers (down from 6.1 million in 2016; 7.6 million in ’15).

Great to run into @ryanblaney10 in NYC today. Both of us were hustling around the city to spread the word that @nascaronnbc coverage starts this week @chicagolndspdwy #Repost @dirtymomedia

“I’m thrilled that we have the opportunity to continue to grow the race game, to have Dale join us, and create more interest in our telecasts, and that’s the opportunity we have going forward,” Flood said. “Our job is to lean in and to make it as entertaining a show as possible.”

NBC will also use the “Peacock Pit Box,” a remote studio set built within a traditional pit box frame that will be set up along pit road at each race.

Earnhardt isn’t a total TV rookie. Besides filming countless commercials, he pinch-hit in the booth when he was sidelined by concussions in 2016, though he was still an active driver and more cautious of how he called the shots. Earnhardt said he’d be honest in the booth call it like he sees it. The 43-year-old Earnhardt already has a new perspective on the sport after just a few test runs calling races.

“When I was a driver, I didn’t like being mixed up in rivalries, and I tried to fly under the radar and didn’t want to be front-page news all week with a dustup with another driver or be in any type of disagreement or conflict and didn’t like to be the story all week leading up to the next race or any of the videos coming up for the next races promotion about me and some other driver running into each other,” he said.

“But now that I’m on the media side, I understand what the purpose behind that type of promotion is and why the media exercises to share that with fans and help them understand the story lines in the sport. That’s so critical, and I just didn’t see it that way as a driver.”

Flood’s only advice to Earnhardt: Be yourself.

Whatever is needed, Earnhardt is ready to do his part to save the sport.