Dale Earnhardt Jr. wins the most appropriate award of the year 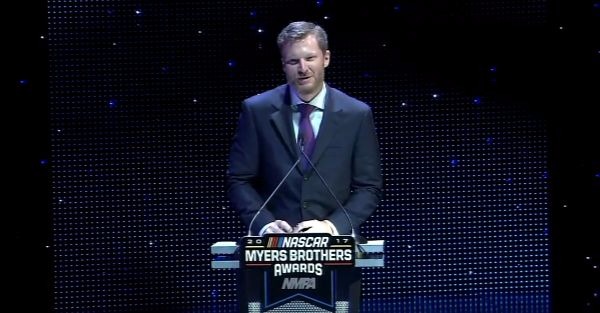 Of all the obvious awards, a Chevy lifetime achievement award going to Dale Earnhardt Jr. is a slam dunk.

Dale Earnhardt Jr. hangs up his helmet with 26 career wins, making him one of the most successful drivers to never win a Cup Series championship. Only five drivers have more recorded wins without winning a Cup Series title according to ESPN. He also is among the top 20 drivers in modern NASCAR history in wins (20th), top fives (19th with 149) and laps led (19th with 8,195).

Related: Why did Dale Earnhardt Jr. mean so much to NASCAR?

He drove a Chevrolet his entire career and had a tradition of raising money for charity by giving away Corvettes. Even to the end, Junior was a perfect brand ambassador for the company by working into his acceptance speech that he will continue to drive Chevy products even after retiring.