Dale Earnhardt Jr. knew at a very young age what he wanted to do with his life 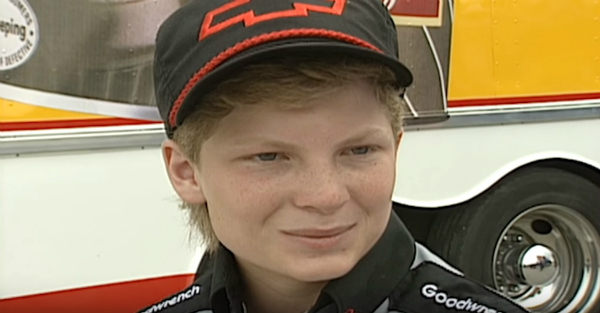 As Dale Earnhardt Jr. gets ready to suit up for the last race of his career at Homestead this weekend, the memories of his career continue to be shared by many.

RELATED: Budweiser?s Dale Jr. tribute is already among its most successful

NASCAR recently posted a video of Earnhardt Jr. to YouTube, with interview footage from his childhood. From his early days helping out around the garage for his father, he worked his way up from the bottom.

“I just started, got my own uniform now and I’m starting to help the guys do whatever they ask me to, you know this, that, and the other,” Earnhardt Jr. said.

He was then asked what racing fans might like to know about his father, something that they didn’t already know.

“He’s a lot more of a family man than they might think,” he said. “He helps me through hard and times and problems or whatever, he’s a pretty good guy when it comes down to it.”

RELATED: The departures of Dale Jr. and Matt Kenseth usher out the old guard at NASCAR

Earnhardt Jr. knew what he was going to do with his life at an early age. When asked if he wanted to race someday, he didn’t hesitate.

“I want to be a race car driver someday,” Earnhardt Jr. said “It’s a great sport, I love it to death, it’s all I’ve ever know…racing.”