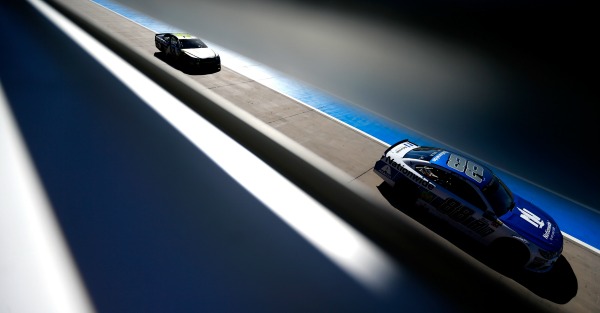 Dale Earnhardt Jr. has some of the most die-hard fans in sports today.  Most are still pretty devastated of the news that he is retiring and are in a very sensitive state.  The Junior nation does not take kindly to anyone putting Dale in harm’s way even if its his own teammate.

In this case, it was a total accident, but that did not stop some of the fan club to take to twitter against Jimmie Johnson. Johnson side-swiped Dale into a wall at the Toyota Owners 400 on Sunday at Richmond International Raceway.  Earnhardt was physically ok but ended up finishing 30th, a somewhat common theme for him lately.
Jimmie took a firestorm of twitter attacks in stride firing right back with some humor. Dale even gets in on the action.

Related: A big name on two wheels is crossing over into NASCAR