This video puts aside rivalries for an awesome Dale Earnhardt Jr. tribute 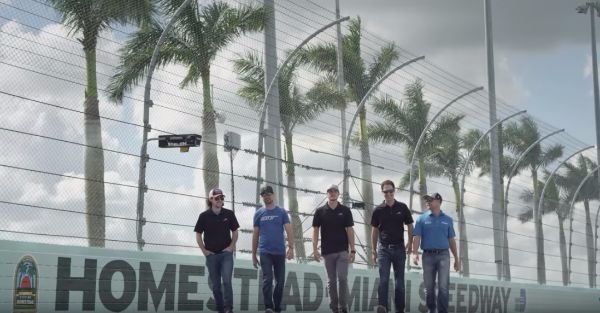 “Some call it competition, we call it family.”

Ford’s farewell to Dale Earnhardt Jr. was heartfelt and sincere, putting aside their rivalry with Chevy to celebrate the accomplished driver’s career.

To commemorate Earnhardt’s retirement, Ford created a giant “88,” the racer’s number, out of tire marks, which were of course create by several Mustang GTs burning rubber driven by Ford’s NASCAR drivers.

Jr’s exit marks the end of an era in NASCAR history. Armed with 26 Cup Series wins, two Daytona 500 victories, Earnhardt Jr quickly became a fixture in the minds of fans of the sport. He honored his late father’s legacy by excelling as a driver and an icon.