Dale Jr.’s name shows up on an invite-only list for a race in February 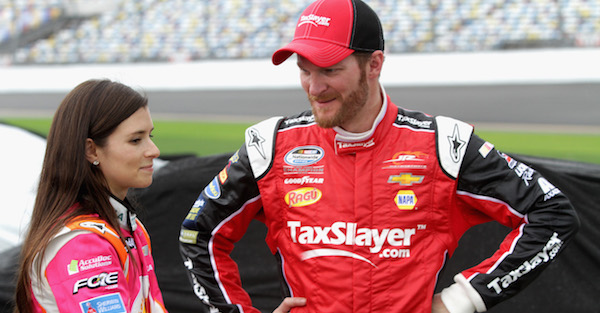 With the NASCAR Monster Energy Cup Series season scheduled to kick-off at Daytona next month, the eligible field for the The Advance Auto Parts Clash at Daytona has been announced.

The Clash is the annual precursor to the season opener and coincides with qualifying for the Daytona 500, according to NASCAR.com. To be eligible for the race, the drivers must have won a Coors Light Pole Award in the previous season, be a past winner of the contest, a previous Daytona 500 pole winner, or a 2017 playoff driver.

The field of invitees is a star-studded one at that. With names like Dale Earnhardt Jr., reigning Cup Series champion Martin Truex Jr., Kyle Larson, and Danica Patrick on the list, it’s sure to be an impressive outing. It’s uncertain as to whom of the eligible drivers will compete, especially as Earnhardt and Patrick both walked away from the field after last season.

O’Donnell feels that a non-points race will be good for helping to set the tone for the upcoming season by providing a strong preview of the competition offered by the field.

“For four decades, the Advance Auto Parts Clash has been a staple of the Speedweeks lineup,” Daytona International Speedway President Chip Wile said. “The event has a rich history and serves as a preview to the Can-Am Duel qualifying races and the Daytona 500.”

While there are 20 drivers eligible, there is no predetermined number of drivers set to join the field.

The field of elite drivers will compete in a 75-lap race that will air live on FS1, MRN and SiriusXM NASCAR Radio at 3 p.m.