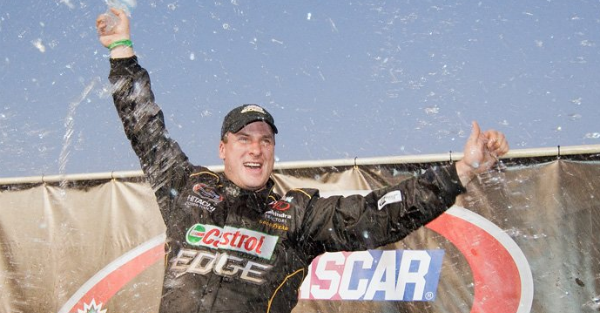 Gaunt Brothers Racing announced today that it will attempt to qualify for the Daytona 500.

Since Gaunt Brothers doesn’t have a charter, it has to qualify for one of the four open spots in the field.

D.J. Kennington, riding in the No. 96 Toyota Camry, qualified in 2017 and will attempt to do the same this year,

A year after qualifying into the 2017 Daytona 500, Gaunt Brothers Racing and D.J. Kennington are returning to Daytona Beach, Fla. for the 2018 Monster Energy NASCAR Cup Series season opener on Sunday, Feb. 18.

GBR will field the No. 96 Toyota Camry for Kennington in the 60th running of the 500, allowing the team?s Canadian owner, Marty Gaunt, and their Canadian driver another crack at The Great American Race. British Columbia-based Lordco Auto Parts and Castrol (Wakefield Canada), a longtime Kennington partner, and will co-sponsor the effort.

?We?re honored to have Lordco and Castrol return with Gaunt Brothers Racing for the 2018 Daytona 500,? said Gaunt. ?Both companies are leaders in the automotive industry, and they appreciate the value that racing brings to their programs. Their support of D.J. and his racing career further demonstrates their commitment to the sport of auto racing.

?Last year was an exciting time for all of us and we look to improve on where we left off. The 500 is such a iconic event; to have two Canadian companies, along with a Canadian driver, in the Great American Race again makes it a special event for our entire team.?

Hailing from St. Thomas, Ontario, Kennington became the first Canadian to compete in the Daytona 500 in 29 years. A day later, Member of Parliament Karen Vecchio officially recognized the driver and team?s feat on the floor of Canada?s House of Commons.

Kennington is a two-time NASCAR Pinty?s Series champion and 19-time Pinty?s Series race winner. He has made 62 career starts in NASCAR?s three national divisions, with a best Cup Series finish of 26th coming last fall at ISM Raceway in Phoenix.

?Last year was an awesome experience for my sponsors, Lordco and Castrol, and me. We knew once it was over, we wanted to do it again,? said Kennington. ?Marty and everybody at GBR is pulling out all the stops for us this year. I?m looking forward to getting back behind the wheel of the Lordco/Castrol Toyota Camry and seeing the difference a year makes.?