Commit these names to memory, they are the future of NASCAR 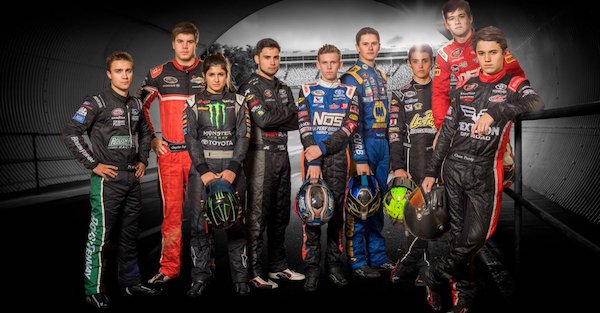 NASCAR has announced its future champions with the 2017 Next Class. These nine drivers are already successful in their own rights, with a combined 40 wins and over 100 top-10 finishes split between them.

“The NASCAR Next program identifies emerging talent in our sport. Drivers in this year’s class have already achieved success on the track or shown potential, and this program will help them further develop their skills. We look forward to watching these young stars connect with our fans and continue their climb up the NASCAR ladder.”

Among the most promising of the Next Class are Ty Majeski and Chase Purdy who respectively won the Super Late Model championship at the World Series of Asphalt Stock Car Racing and rookie of the year and track championship at South Carolina’s Greenville Pickens Speedway.

It’s time to settle in because these racers are going to turn into the inspirations of tomorrow. It’ll be exciting to see where their passions lead them.

Related: Is NASCAR becoming too fast?