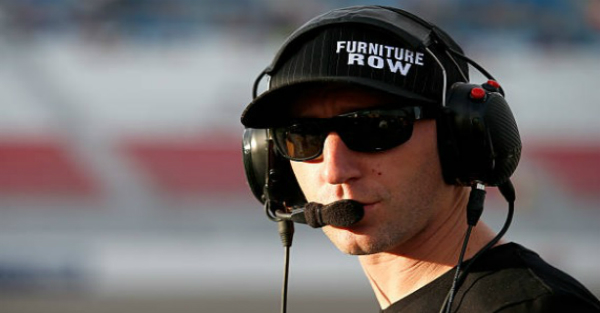 NASCAR has switched some things up heading into 2018, and not too many people are satisfied with one change in particular.

One key rule change is limiting the number of crew members allowed over the wall. The old rule allowed six, and the new rule cuts that to five. It also restricts the team members to one specific task, whereas in the past each team member could assist in any area in which they were needed.

A number of analysts and drivers have voiced their displeasure about the rule change, and they aren’t the only ones unhappy with the change. Cole Pearn, crew chief of Furniture Row Racing sees issues in three areas — limiting a fueler to only adding fuel to the car, decreasing the over the wall team members and standardizing pit guns — that will have a big impact, according to ESPN.com

In regard to the changes, Pearn said it, “kind of caught us off-guard a bit.”

In the past, teams have been able to use different equipment, therefore giving some a greater advantage. But, as another way to increase parity in the sport, all crews will use the same pit guns.

That’s going to be a challenge  since, as Pearn notes, the teams have not had a chance to practice with the new guns as of yet.

The teams will lease the guns from the NASCAR-specified vendor, at a reported cost of $30,ooo per year, per car, according to Dale Earnhardt Jr. as per his Xfinity Series team.

Teams spent seven figures in the past to develop faster guns, it’s uncertain if they will be allowed to modify the new, common gun.