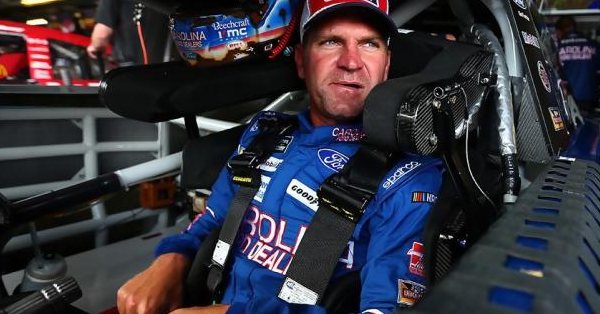 Clint Bowyer lost his cool a little bit last week but he has an explanation.

“Those are frustrating races,’’ Bowyer said Friday at Kansas Speedway via NBC Sports. “It’s extremely nerve-racking. To be dead honest with you, when I’m at home, there’s only two tracks that I’m scared of. There’s only two tracks that in the back of my mind where I think I could lose my life. Those are the only two. When things get out of control, you’ve got to remember that. We’re still out there risking our lives. There’s a lot at stake.’’

It is easy to forget when we watch these races from the comfort of our couches how real the danger is when you are flying around a track at 200 mph inches away from other cars. Safety improvements often lull us into thinking the risk is under control, but drivers are all still very aware of what can happen.

And when all that risk ends up being for nothing, it can push a driver to the boiling point.

The frustrating season also had him feeling like that could have been his best shot at a win.

“The one common denominator there is that I knew and felt strongly that going into that race that a Ford was going to win that race.” He said. “In the back of my mind, there’s a handful of tracks that we can competitively win at and beat these Toyotas right now and that was one of them. Just a lot of things going on there and confusion was definitely one of them, that’s for damn sure.’’

Clint Bowyer was involved in a crash late in the race at Talladega, and he was angry at his crew after he failed to finish. And that resulted in Bowyer and his crew chief exchanging — pleasantries.

His crew chief, Mike Bugarewicz, said, “We tore up a lot of other (expletive) throughout the year too, bud.”

“Well, these guys don’t want to hear it either,” Bugarewicz said. “Let’s work on this.”

“Haven’t said a (expletive) word all year,” Bowyer said. “I ain’t taking no (expletive), either.”

Related: A furious Clint Bowyer goes on profane rant against his team, and his crew chief was not happy