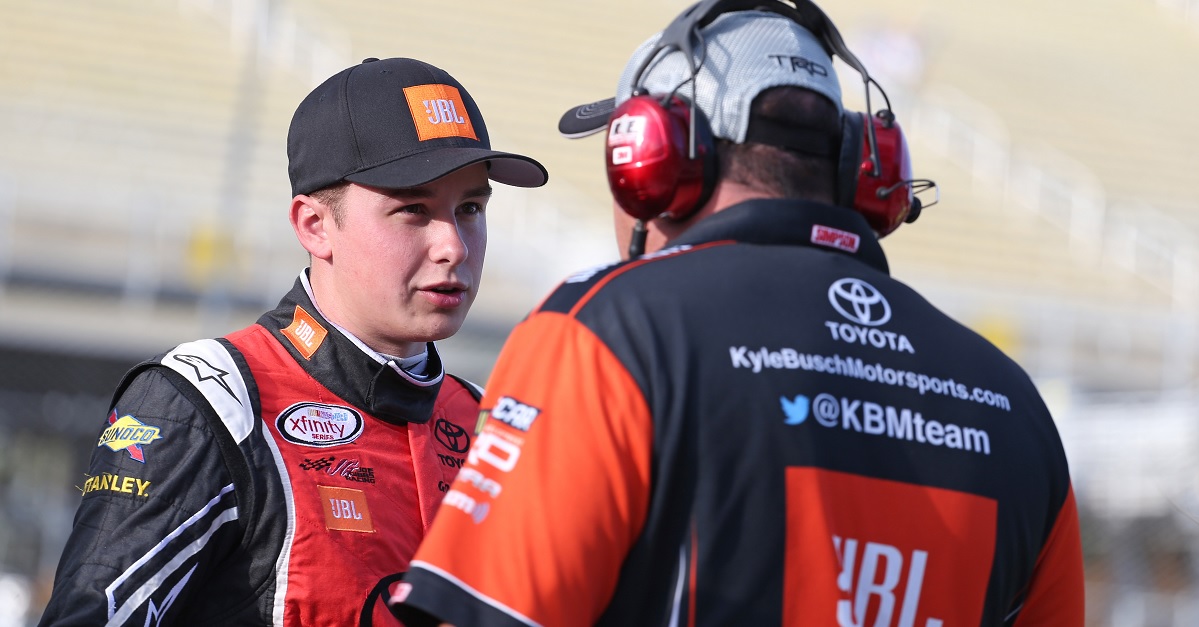 Defending Xfinity Series champion William Byron is moving up to the Cup Series for the 2018 season, so there will be a new Xfinity champion this year.

While there are plenty of talented driver returning to the Xfinity Series, two FOX NASCAR analysts are picking a newcomer to win the championship.

Shannon Spake and Adam Alexander both picked Christopher Bell to win the Xfinity Series title in 2018. Bell won the Truck Series championship a season ago, and he is moving up to race in the No. 20 Toyota for Joe Gibbs Racing.

"His talent is through the roof."

Shannon Spake and Adam Alexander are calling it: Christopher Bell WILL be the 2018 XFINITY Series champ. pic.twitter.com/aP6paFH12l

“His talent is through the roof,” Spake said of Bell. “But I think the pairing of he and (crew chief) Jason Radcliff will be key. (Bell) can wheel it. He is such a great driver.”

Alexander said he wouldn’t even call it a bold prediction.

“I just think it’s going to happen,” Alexander said of Bell winning the title. “Going into 2018, Christopher Bell is the favorite to win the Xfinity championship. You look at what he’s done so far. He made seven or eight starts in 2017. He won the race in Kansas, beating Erik Jones.

“This kid embodies so much talent. His savvy on the racetrack is second to none. And he’s in a Gibbs car. And let’s face, their equipment has been incredible in recent years.”

Bell’s talent is undeniable, and he won fives races in the Truck Series in 2017 en route to his first championship at age 23. He also has one win in the Xfinity Series already, and he’ll have the chance to compete for a title right away.

Bell has won the Chili Bowl in the last two years, and he’s proven he can win at any level of racing in any car. As Alexander said, it wouldn’t be surprising at all to see Bell win the Xfinity title in his first full season in the series.