This is why Team Hendrick, Jimmie Johnson, and Chad Knaus are pumped about Daytona 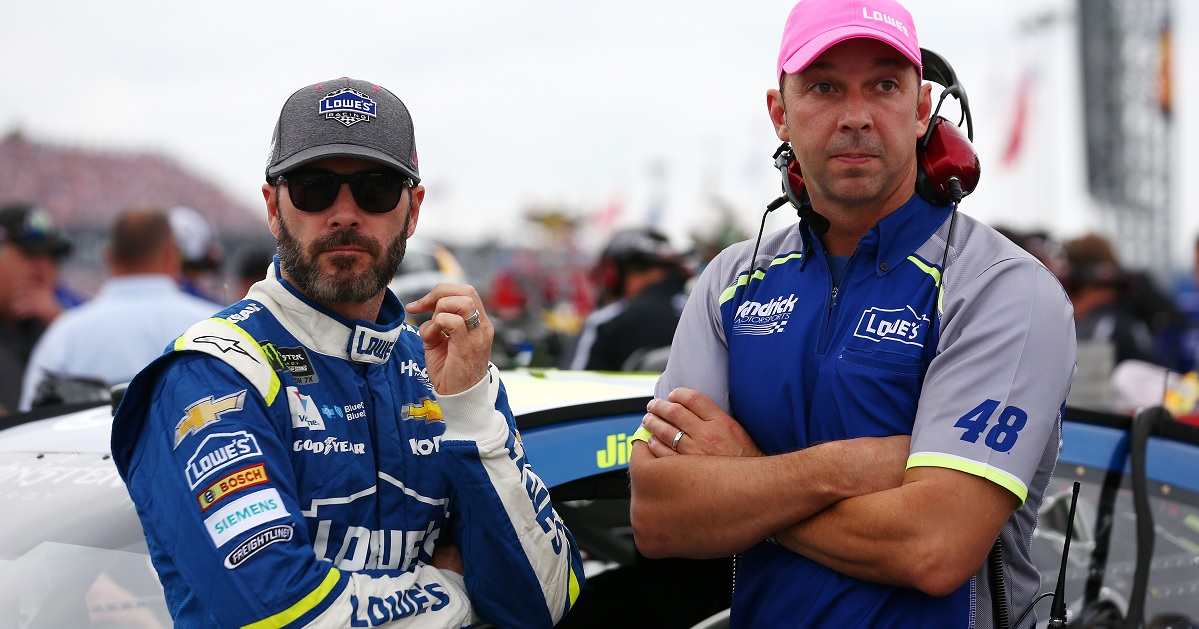 CONCORD, N.C. — In 2017, it was announced that Chevrolet would be bringing a brand new ride to the track in 2018 — the Chevrolet Camaro ZL1.

And after revealing their brand new designs at the end of last season, the four Hendrick Motorsports Camaro ZL1s took to the track for the first time this past weekend at Daytona.

“We?re really excited about the introduction of the Camaro for the Daytona 500 this year,” said No. 48 team crew chief Chad Knaus. “The car looks fantastic. I’m telling you, it looks good.”

And while it may look pretty mean out on the track, the Camaro ZL1 is not just another pretty face.

Part of the excitement surrounding the new model is that it is in fact the same street car that you could find at a Chevrolet dealership.

“I’ve been doing this now for all of my life — 50 years — and so when I think about this year, I think about we’re racing the Camaro ZL1, a car that I love,” Hendrick Motorsports owner Rick Hendrick said. “I’ve always been a Camaro fan, and it is the street car that we see and sell in the dealership — and nobody on the track can say that but Chevrolet. So, it’s a beautiful race car, and the car is exciting because it’s brand new.”

And in a season where change is all around at Hendrick Motorsports, the new Chevrolet model fits right in.

“People kind of resist change,” Hendrick said. “With me, change gives me another reason to be excited.”

The organization’s four teams certainly embraced the excitement surrounding the new Chevy’s debut this past weekend at Daytona as they hit the track for Daytona 500 qualifying.

Hendrick acknowledged that anytime a new car is introduced, “there’s a learning curve, but from a baseline standpoint, the Camaro ZL1 is the best race car, the best preparation that Chevrolet has ever put into a race car.”

Jimmie Johnson echoed Hendrick’s sentiments, adding: “We have modeled it unlike anything else in Chevrolet’s history. The effort has been massive to get this right and be as good as we can be. There has to be a break-in period, some buildup for us to understand the car, the aero balance, what we need.”

And while there may be an adjustment period as the teams acclimate to the new cars, the process got a bit of a jump start when Alex Bowman and the No. 88 Nationwide team landed the Chevrolet Camaro ZL1 on the pole for its very first race.