NASCAR driver gets rewarded after a ‘dirty’ move that sparked outrage 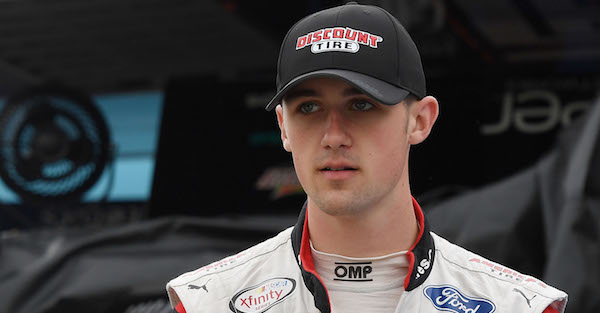 A furious Grala called the move “dirty,” though Cindric was unapologetic.

Do you agree with this last-lap move?

Winning, however, trumps all, and Cendric has been rewarded with a ride at this weekend’s Red Bull Global Rallycross Supercar race. It’s the 19-year-old driver’s debut in that series. He’ll  race for Bryan Herta Rallysport today and Sunday at Evergreen Speedway in place of Cabot Bigham, who is is stepping aside so  Cindric can get  experience.

Cibndric also qualified for the truck series playoffs with his win, though it was with great controversy.

Cindric’s 19 car nudged the back of Kaz Grala’s 33 car and passed him for the win. The front-to-back contact sent Grala’s car sideways, and it led the 19-year-old Cindric to his first win.

“I wanted to pass him clean because I’m all about that,” said Cindric, who drives the Ford F-150 for Brad Keselowski Racing.. “I feel like this is what NASCAR racing is about. You have to win to make a playoff position. You can’t finish second.

“Everyone (who has won at Canadian Tire Motorsport Park) made the move in the last corner. I figured I might as well change that.”

Grala said the move was dirty, and he wasn’t pleased following the race.

“He didn’t even attempt to pass,” Grala said. “He just drove right in there and used me as his brakes, turned me straight around and gave me no opportunity.

“Just a dirty move. I’ve got a lot of respect for him as a road course racer but lost a lot today.”

Cindric qualified for the playoffs with the victory, so the move was worth it for him. But it’s easy to see why Grala would be against Cindric’s move, and it’s understandable why he’s frustrated.