Chase Elliott took a risk at the Duels, and now he’s reaping the rewards 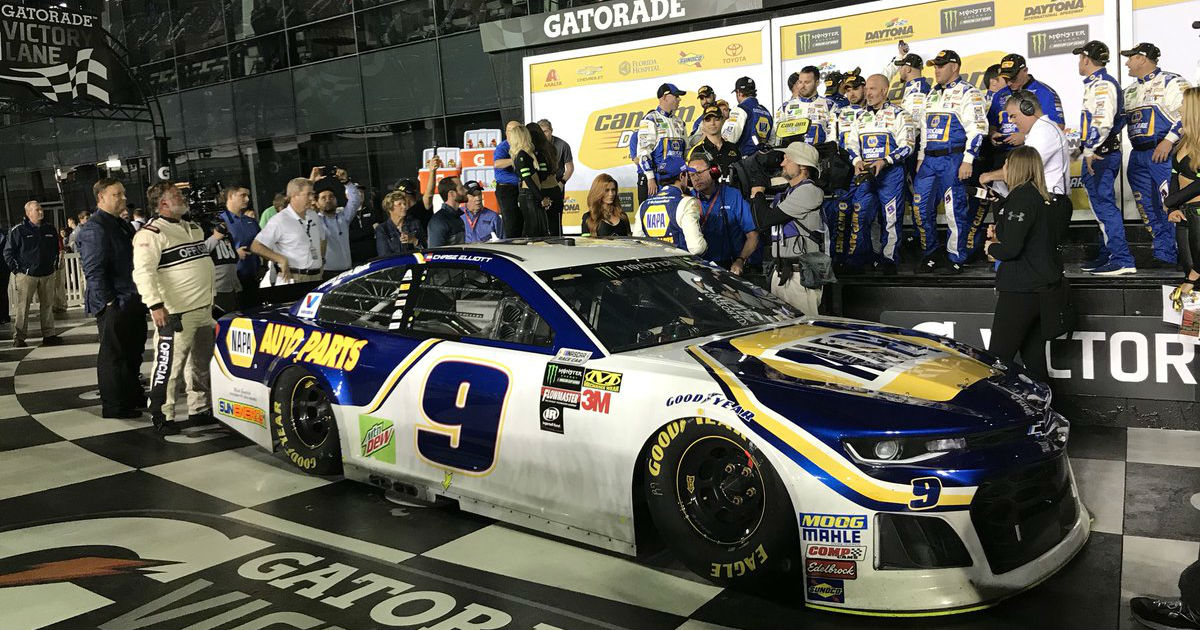 CONCORD, N.C. ? The Duels at Daytona International Speedway present a conundrum to crew chiefs across the NASCAR Cup Series.

On one hand, protecting the primary Daytona 500 car is paramount. On the other, the qualifying races are an opportunity to gather key information that will help when ?The Great American Race? arrives ? not to mention starting spots and points are on the line.

For No. 9 team crew chief Alan Gustafson, it was an easy decision.

?As much as you don’t want to crash your car, it’s a necessary evil to go race,? he explained after capturing a Duel win. ?Ultimately that’s why we’re all here. If it’s a Duel race or the Daytona 500, you want to win. Being in Victory Lane here is very special. We knew we had to race and accept the risks.?

Those risks were on display in the first Duel Thursday evening, when both Jimmie Johnson and William Byron were among the competitors involved in multiple-car incidents that sent them to backup cars for the Daytona 500.

That?s why Gustafson also saw the logic in crew chief Greg Ives and the No. 88 team?s plan of riding in the back to avoid damage and cement their hold on the No. 1 starting position for the Daytona 500.

?I understand what Alex Bowman did,? he said. ?Greg’s focus was to get the pole, and he did it. He did a good job with it, had a really fast car. There are very much a lot of positives that are going to come with that for Greg ? pit stall selection, starting position, a lot of good things.?

Still, for Gustafson, the risk was worth the reward ? plenty of information on how the car drives, a trophy, a maximum 10 points and a fourth-place starting position for the Daytona 500.

It marked the second consecutive season that Gustafson and driver Chase Elliott have captured a Duel win. And once again, the driver now enters the Daytona 500 weekend tied atop the series standings with those 10 points.

?Fun night, for sure. Fast car,? Elliott said. ?We were able to do this last year ? win the Duel. The one on Sunday is the one we want, the one that counts, the one that everybody is after.?

After coming close to winning last year?s season-opener before running out of fuel, Elliott is ready for another crack at it.

?This is an exciting event ? having the Duels, I think, is pretty cool,? he said. ?But, man, the kicker would be to have a good run Sunday. That’s where our focus is at.?