This young gun is his team’s most seasoned driver, behind an all-time great 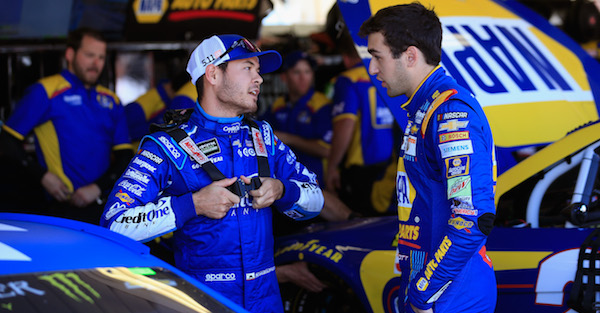 Entering his third season with the organization in the NASCAR Cup Series, the driver of the No. 9 Chevrolet Camaro ZL1 is ready to kick off the year achieving what he and his team have been working the past two seasons toward: his first career Cup victory.

?Frankly, I think our preparation over the past two years has been really good,” Elliott said at a Goodyear tire test earlier this week. “I believe in the process of how we do things in our team — what was the No. 24 team and now the No. 9 team.”

And the No. 24 team certainly proved its gumption this past season as they battled for that first win. Elliott piloted the No. 24 Chevrolet SS to his second consecutive Daytona 500 pole and garnered a career-high 12 top-five and 21 top-10 finishes.

With five runner-up results in 2017, Elliott has complete trust in the team’s ability to compete for wins in 2018.

“I think (No. 9 team crew chief) Alan (Gustafson) has done a great job of building a consistent week-by-week approach to the races and how we prepare on Tuesdays to how we debrief after races; putting the amount of effort that needs to go into certain areas to improve performance,” Elliott said. “I think for us, when we have had issues or we have had weak points and when we have gone to work on those points, we have made them better.”

In just his second attempt, Elliott once again secured a berth in the NASCAR Cup Series playoffs in 2017, making it to the Round of 8 and ultimately taking home a fifth-place finish in the season standings.

Elliott commended his team especially for its performance in the playoff races, where the driver earned seven top-10s in 10 races.

“I was very proud of our team and the way we ran in the final 10 weeks last year,” the driver said. “There wasn?t one person that thought we were going to do what we did in the last 10 weeks, and I think that is something to be proud of.”

And while that first trip to Victory Lane eluded the No. 24 team last season, the No. 9 team is ready to find its way there.

“I know it didn?t end like we wanted it to,” Elliott said. “We had the pace to be there and to have a shot at Homestead and we didn?t, but we had the pace to do it throughout those 10 weeks and I think that is something to be proud of. We had the pit stops to do it, we had the race strategy calls to do it. I think I can do it and I’m excited to give it another shot this year.?