After second-place finish a Chicagoland, Chase Elliott gets awful news that harms his playoff chase 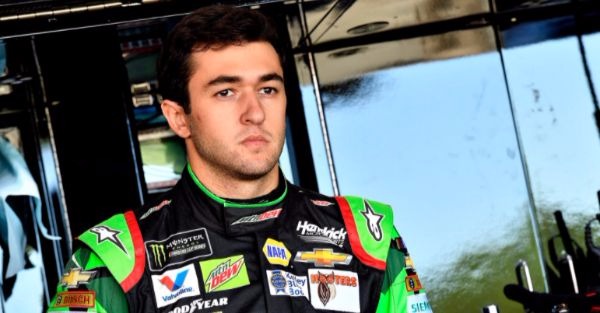 Chase Elliott and his team have been busted by the NASCAR violations police.

His No. 25 for Hendrick Motorsports was flagged, according to NASCAR.com,  for an L-1 penalty for “modification of components to affect the aerodynamic properties of the vehicle.”

Elliott?s second-place finish was ruled encumbered, and the team lost 15 driver points and 15 owner points.More importantly, the loss of driver’s points dropped Elliott from sixth to eighth place in the postseason standings with two events to go in the round of 16. The drop of two places adds a bit more pressure as he tries to advance.

Moreover,  crew chief Alan Gustafson was hit with a $25,000 fine; and Gustafson car chief Joshua Kirk each suspended for one race. So in addition to being docked points, Elliott is going to have to race with new people in important positions, a big change at this point of the season.

NASCAR.com reported that Kenny Francis will serve as the interim crew chief, and Kevin Hulstein will be the interim car chief.