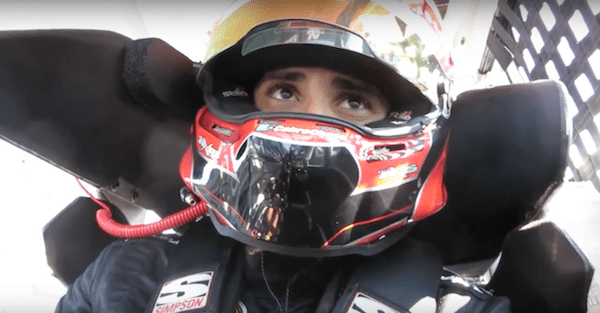 NASCAR driver Chase Cabre is sixth in the K&N Pro Series standings, and he has seven top-10 finishes throughout the year.

Cabre is a candidate for Rookie of the Year, and while he likely won’t win the series this year, he has had a very successful rookie season. He has also has been doing a video series documenting himself on race days.

His latest video from Langley Speedway details his preparation for the race, the actual race itself, and his emotions after the race when he didn’t get the result he wanted.

Cabre admitted he was frustrated after finishing 11th, he even had part of the video where he discussed his poor performance late at night.

He did an autograph session, and the video shows him preparing for the race as well.

It’s a unique and interesting way to reach out to fans, and it gives an inside look at what drivers go through on a typical race day.