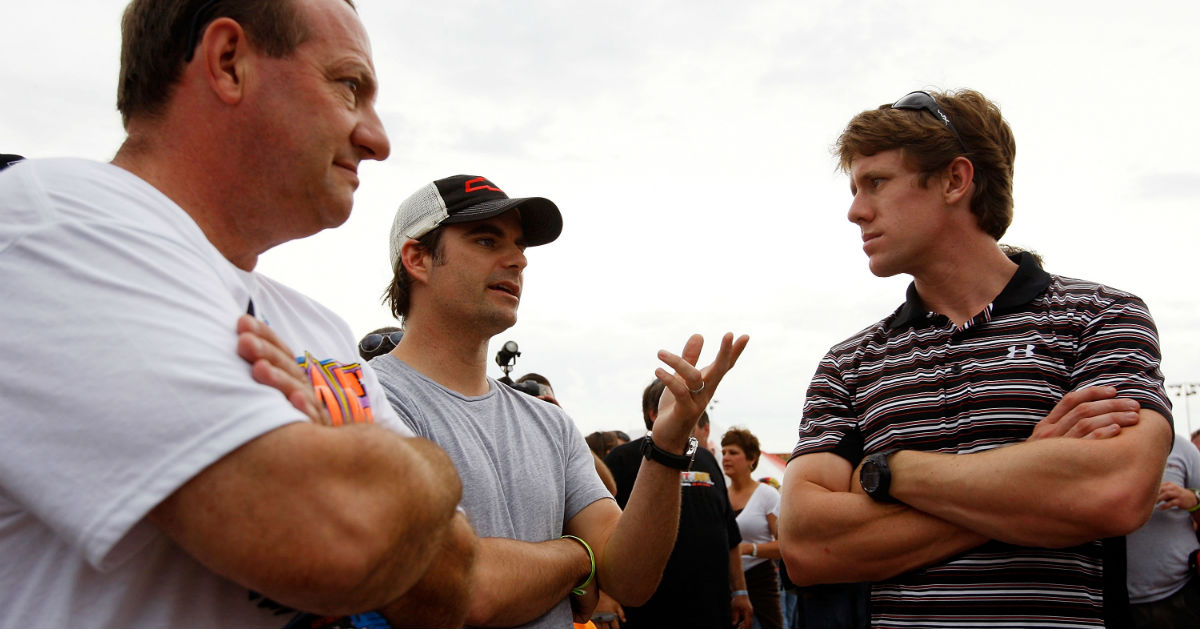 Will he or won?t he? That seems to be the favorite game played among some NASCAR fans about the possible return of Carl Edwards. Sorry to be a downer for you, but seems like it?s won?t.

The 38-year-old Edwards shocked the NASCAR world when he announced last January he was walking away from his 15-year career. Mind you, this is right after he came in 4th for the Cup title.  At the time, he said his reasons were simple.

“Life is short,” Edwards said then. “You’ve got to do what your gut tells you. I’ve been doing that [racing] for 20 years and I need to take that time right now and devote it to people and things that are important to me, things I’m really passionate about.”

Fast forward a year and Edwards is as convinced as ever it was the right move.

?I?m just now becoming the friend and the person I should be to a lot of people that I basically didn?t spend a lot of time with for a long time,? Edwards tells the Springfield News-Leader. ?It?s an amazing opportunity and I?ve really been enjoying it.?

Edwards is about to be inducted into the Ozarks Area Racers Foundation Hall of Fame in Missouri. To him, that?s a big deal. It?s filled with drivers he admired and emulated growing up in middle Missouri. They sparked and fostered his love of racing.

?That area, to me, has so many amazing people,? Edwards said. ?I?m reminded every time I go there how good the people are and how many great racers there are down there. It?s amazing to me that they?re going to induct me. I never imagined that.?

Edwards never left the area. He and wife Kate and their two kids live in Columbia. It?s where he wants to be, doing the things he feels passionate about. NASCAR isn?t one of those things.

?That was a pretty crazy pace there for about 15 years,? Edwards said. ?I?m an all-or-nothing person, sometimes to my detriment. It?s taken me about a year to actually wind down.?

The Ozarks Area Racers Foundation Hall of Fame induction for Edwards will take place on Saturday.