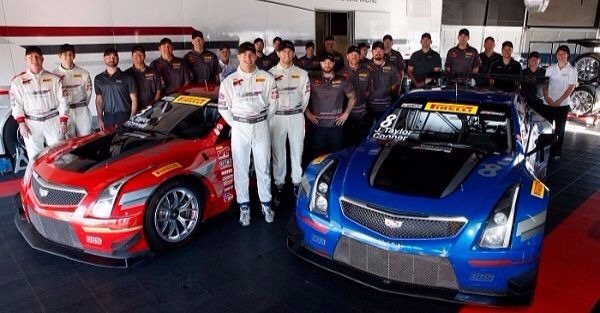 Cadillac Racing is saying goodbye to the Pirelli World Challenge; at least for now.

“In 2018, we will take a pause in Pirelli World Challenge as we focus completely on our effort in prototype sportscar racing,” Cadillac Global Director for Product Strategy, Rich Brekus, recently told Daily Sportscar. “However, we maintain a regular and open communication with Greg Gill, the World Challenge CEO, and hope to one day return to the Series in some form.”

One of the reasons why Cadillac entered the Pirelli World Challenge was to showcase its ATS-V and CTS-V sports sedans. One considered an auto brand that only sold luxury cruisers to older consumers, Cadillac has done a lot of work over the last decade to reshape its image. With the ATS-V and CTS-V, the brand created two high-performance machines which could compete with the best German vehicles on the market, but people just don’t buy sedans anymore.

In August of 2017, Cadillac sold a total of 2,212 ATS and CTS sedans combined in the U.S. In comparison, the brand sold 7,236 XT5 crossovers in the same time period, so it makes financial sense for the company to focus on people-moving crossovers and SUVs rather than high-performance sports cars.

Sadly though, Cadillac will not even sell its ATS-V.R racecar to customer teams.

We’ll guess they’ll have to settle for the Camaro GT4.R instead.