Coach resigns after hateful and racist tweets regarding Bubba Wallace 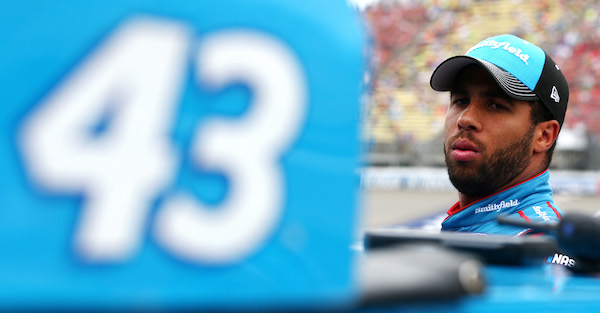 Wallace, who recently signed with Richard Petty Motorsports for next season, tweeted about being the only African American driver in the Cup Series.

There is only 1 driver from an African American background at the top level of our sport..I am the 1. You're not gonna stop hearing about "the black driver" for years. Embrace it, accept it and enjoy the journey..

Nottestad, who had been the Cambridge golf coach since 2014, responded to the tweet and said, “Will this fella just go away. Can’t drive himself out of an open wet paper bag. Sad to see the sport let this clown with zero ability.”

Nottestad’s next tweet was even more offensive than his first.

“Hey @BubbaWallace. Please quit with, ‘I’m black’ bs. You’re terrible. There are 1423 more credible drivers to get that ride than you.”

Both of Nottestad’s tweets have since been deleted, but Wallace responded to the second one.

Wow, I feel truly sorry for your kids. Again..to have so much hate towards somebody you've never met. Hope your kids grow up to be the exact opposite of a father you are.. https://t.co/yxLhvjjxQ8

Related: We finally know how Richard Petty Motorsports is paying for Bubba Wallace

Nottestad later tweeted about Wallace’s grandmother in reference to a tweet pinned to Wallace’s wall, and he commented that it looked like “going to the zoo” about Wallace posing with a white fan.

“The Cambridge School District was made aware of several offensive comments made on social media by Cambridge High School boys’ golf coach, Brent Nottestad,” Nikolay said. “After a meeting between Mr. Nottestad and school district officials this morning, Mr. Nottestad resigned his position with the district, effective immediately. As this is a personnel matter, no other statements or comments will be forthcoming from the school district.”

Nottestad likely had no choice in the situation considering how offensive his tweets were, and the school district likely would’ve fired him had he not resigned.