The switch to Chevy has Bubba Wallace making big claims 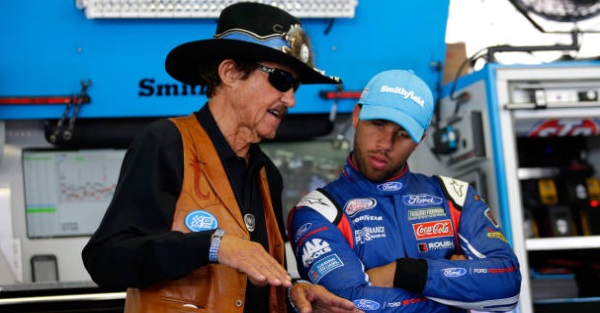 Bubba Wallace is entering his first full-time season in the Cup Series, and he will drive the No. 43 Chevrolet for Richard Petty Motorsports in 2018.

RPM made the switch from Ford to Chevy in the offseason as a part of an alliance with Richard Childress Racing, and the change has Wallace confident entering his rookie season.

Wallace raced four times last year for RPM as he filled in for an injured Aric Almirola, and he improved his finish in each race.

Related: The King gives us a sneak peek as his team builds out Bubba Wallace?s ride

The new Chevy Camaro ZL1 has every Chevy driver excited for the upcoming season, and the hope is that the new model puts Chevy on par or possibly ahead of Toyota.

Wallace said he has been impressed with how the Richard Childress Racing team has assembled everything so quickly, and he is anxious to get on the track in the new Camaro.

“Right before the holidays, we moved in,” Wallace said. “We had stuff in the shop. It was here, there, everywhere. Come back after the new year and it was organized. We just started getting cars on the floor to assemble and build last week, two weeks ago, so it’s all coming together. We also know it’s crunch time and we have to get moving.”

While Wallace indicated he wants to win a championship, no one expects him to leave Homestead with the Cup Series title. But the expectations are high given who he drives for and how much talent he’s shown in other series.

Wallace is a contender for Rookie of the Year, and a playoff berth certainly isn’t out of the the question for him. He has the ability to win his first career Cup Series race this season, but it might take some time for him to get adjusted to being a full-time driver.