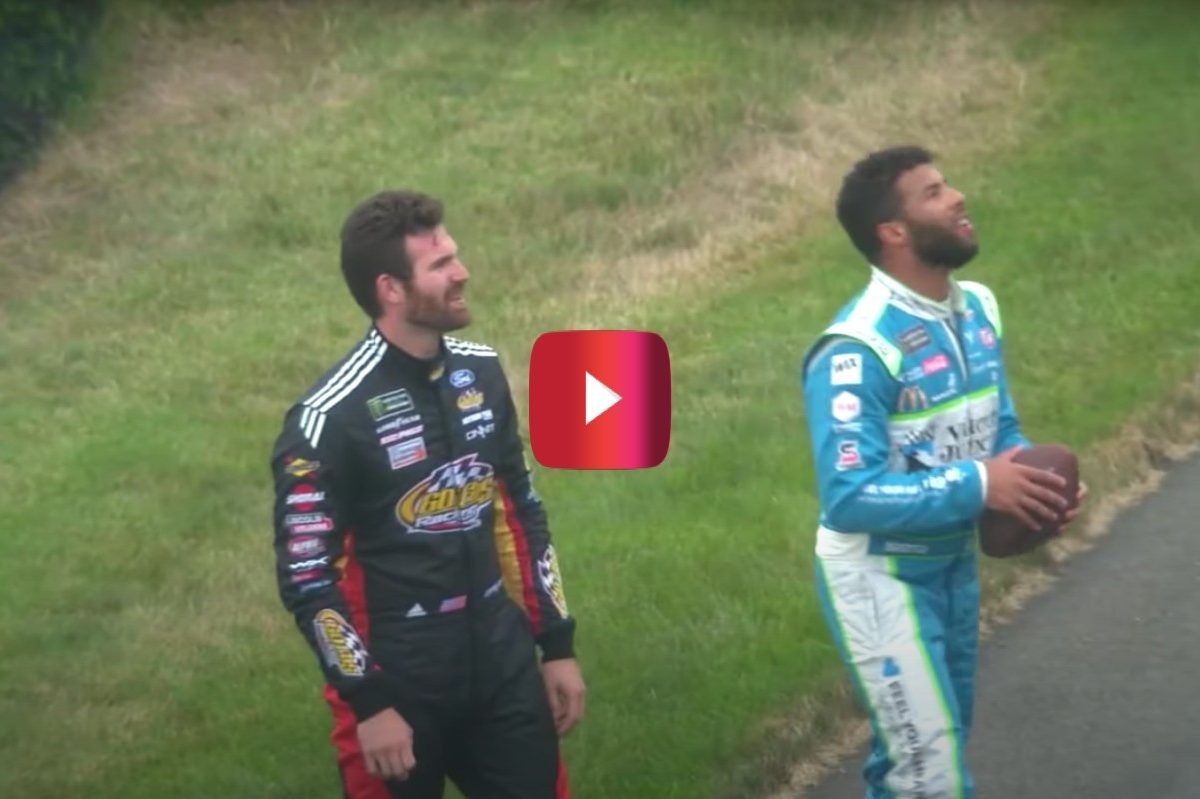 If rain delays are good for anything, it’s watching what these NASCAR drivers do to pass the time. Normally, there’s always someone doing something that catches the attention of the camera. During this rain delay at a 2019 race in Michigan, Bubba Wallace and Corey LaJoie got the spotlight when they decided to have some fun with the fans.

The two drivers stepped out on the speedway as they waited for the track to dry and tossed a football back and forth with one another. After a number of fans showed some interest, the two then focused their attention on the crowd, lobbing the football over the massive safety fence for a lucky spectator to catch.

Some of the fans made their best effort to throw it back over the fence to the drivers. It was a pretty cool moment, and you can tell everyone was having fun despite the poor weather.

I’ll tell you one thing, Bubba may be good at driving a race car, but he could certainly use a little help with throwing and catching a football. LaJoie, on the other hand, looked like a natural, throwing perfect spirals nearly every time. Both of them went out there in the first place to have fun, but you can see the exhaustion in their faces after a few minutes of throwing back and forth.

It’s understandable, considering they’re wearing racing suits, standing on slanted ground, and having to chase after the ball just about each time it gets thrown back to them from the stands. They were definitely nice and warmed up before the race, if not a little overheated.

I can only imagine that both of these NASCAR drivers recruited a number of new fans on this day. It always adds to the character of the driver when they get spotted interacting with the fans supporting them. No one wants rain delays, but it’s still cool to see interactions like this. Pre-race is only boring if you let it be.