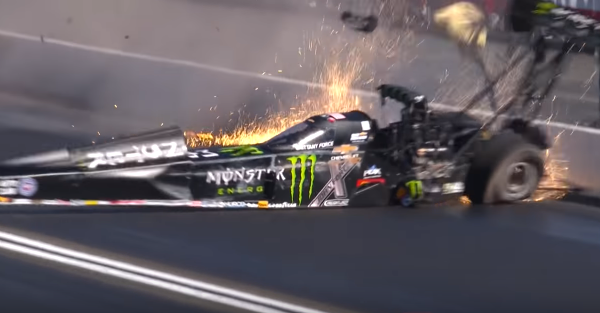 Brittany Force is going to be OK.

Force, the reigning  NHRA world champion, was released from the hospital, according to John Force Racing and reported by Racer.com. She’s sore and has bruising on the lungs, but is otherwise OK.

Force was involved in a horrific wreck during the first round of final eliminations at the Lucas Oil NHRA Winternationals at Pomona’s Auto Club Raceway.