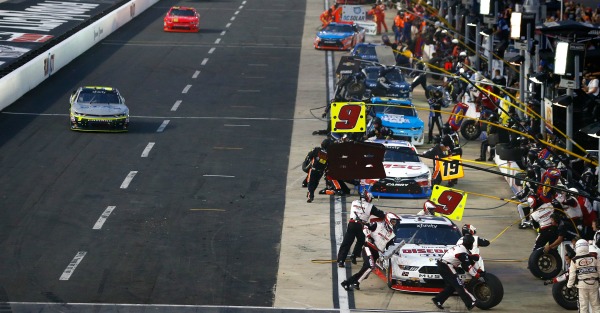 On Friday, the 56 year old Kerr had a 3,300 pound racecar fall on him, breaking his right scapula and severely bruising his sternum and ribs, according to ESPN.

“It must not have been high enough, and they hit it again with the jack and that’s when it fell over and the jack stand wasn’t in. It landed on me and basically squeezed the air out of me.”

Having a car fall on you is usually a pretty valid excuse to take a day or two, but not for Kerr. He is right back at work one day later for the race at Bristol Motor Speedway.

“It never entered my mind [to go home]. I just won’t be able to help on the car as much. I’ll do what I can and call the race and go home and thank God we have a week off [next week].”

He has his arm in a sling after the incident but is ready to go, saying he wouldn’t even be wearing that if it were up to him.