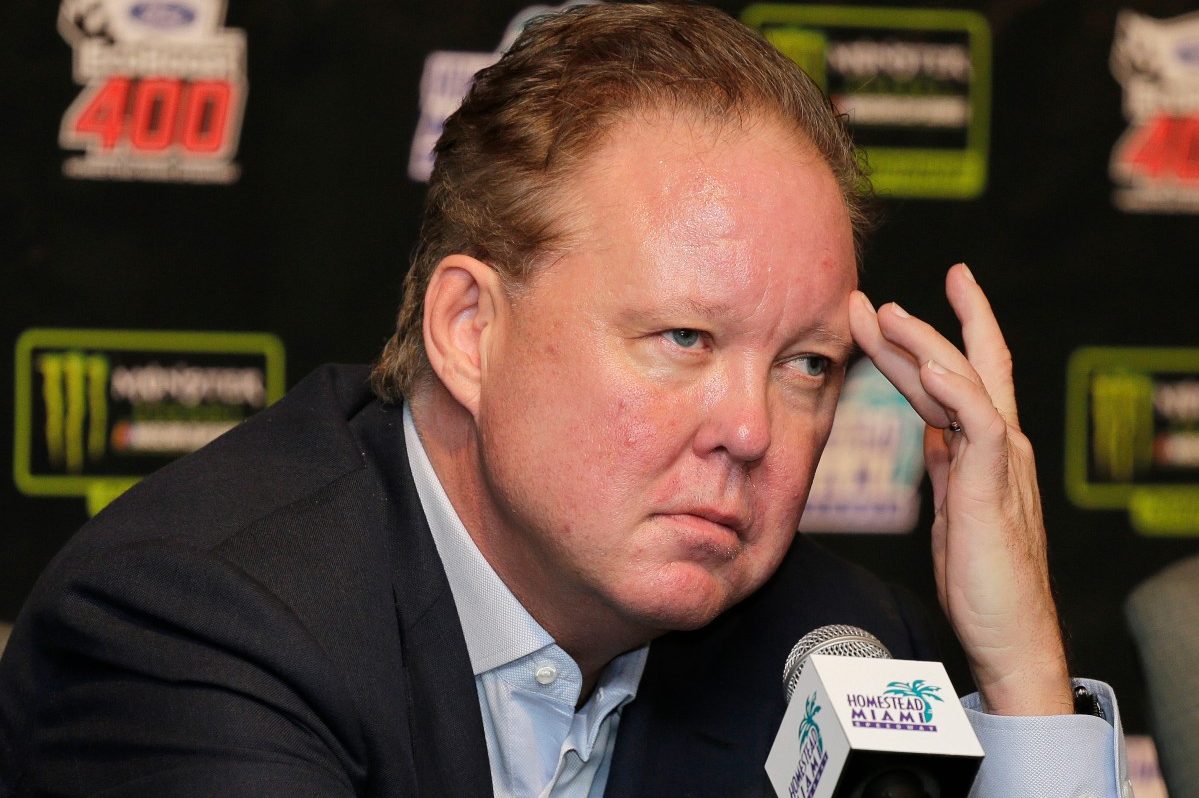 It’s been more than two years since former NASCAR CEO and Chairman Brian France was arrested for driving while intoxicated and criminal possession of oxycodone pills. Yet, the disgraced auto racing executive was seemingly reminded of his missteps almost daily, thanks to a parody account on Twitter called “Drunken Brian France” (@DrunkBrianF).

Eventually, the constant internet badgering got to be too much for France, to the point where he decided to get litigious.

On February 28, 2020, France filed a lawsuit in Connecticut state court, alleging that John Steele, the man who ran the “Drunken Brian France” parody Twitter account, was impersonating and targeting France through his tweets. The suit claimed that France has suffered from “severe emotional distress” as a result of the “highly offensive” tweets.

“Steele’s activity through @drunkbrianf is under the guise of [Brian France],” the lawsuit reads. “This includes the use of [France’s] name in the account name, the account handle and the use of a photograph of [France] as the account profile picture.”

While Steele’s tweets mostly consisted of serious NASCAR musings and analysis, it was pretty hard to consider it as a legitimate account. For one, the account name is “Drunken Brian France.” On top of that, the account description reads, “The quintessential drunk & oxyfied idiot destroying what my family spent 60+ years building in NASCAR. You can’t be this stupid sober (Parody).”

A little harsh, sure. But, illegal? Well, considering the account no longer exists, we assume that some sort of deal was made.

On August 5, 2018, Brian France was arrested in New York for DWI and oxycodone possession. He had a blood alcohol level of .019 at the time of his arrest. After the arrest, he took a leave of absence, though Brian’s uncle, Jim France, took over as NASCAR CEO soon after.

In June 2019, France pleaded guilty to a misdemeanor and was ordered to complete 100 hours of community service and undergo alcohol counseling. France made his first public appearance at a NASCAR race since his arrest at the 2020 Daytona 500, when he was spotted getting off of Air Force One with Donald Trump Jr.

France was a third-generation NASCAR executive, following in the footsteps of his father, Bill France Jr., and his grandfather, NASCAR founder Bill France Sr. During Brian France’s tenure as Chairman and CEO (2003-2018), NASCAR introduced the “Car of Tomorrow” and a playoff system that replaced the season-long points format.