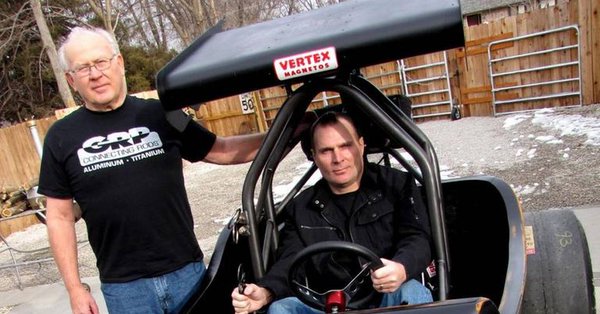 A driver on the NHRA circuit died a day after he was in an apparent freak accident on a track in California.

Brett Henry, 50,  ran fuel altered cars and was doing so at the Auto Club Famoso Raceway in Bakersfield, California. The Bakersfield Californian reported that Henry’s car had stopped after crossing the finish line, and he had turned it off, when it suddenly lurched forward and slammed in a retaining wall.

?He had the chutes out and everything when he crossed the line,” John Keigley, a spectator who also races fuel-altered car, told the newspaper. “Sometimes those things just refire because there?s fuel in the cylinders. The car broke into a trillion pieces.?

Henry was conscious when he was pulled out of the vehicle, but died a day later at the hospital.

The NHRA, in a statement, said, ?It is with very heavy hearts that we report Brett Henry passed away after a racing accident that occurred Saturday at the California Hot Rod Reunion. NHRA, the NHRA Motorsports Museum, Auto Club Famoso Raceway and the entire racing community extend their deepest condolences and their prayers to the participant?s family and friends. We also ask that everyone respect the family?s privacy during this difficult time.”

It was the second death at raceway in just over two years, the newspaper reported. Funny Car driver Roger Garten died in June 2015 after crashing less than halfway down the quarter mile track