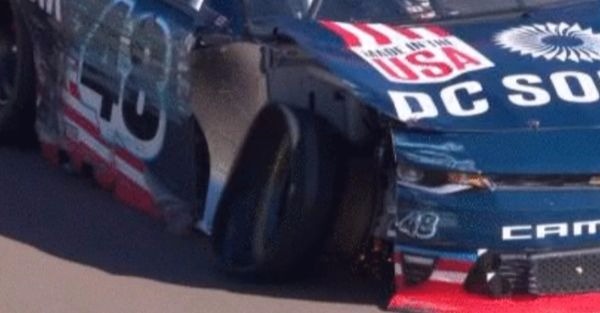 Brennan Poole was 4th in the Xfinity playoff standings, but saw his championship hopes dashed in stage one of the race in Phoenix. Poole and contender Daniel Hemric made contact and Poole was sent into the wall hard.

The hopes for a @NASCAR_XFINITY title might be gone this year for Brennan Poole.

He and fellow #XfinityPlayoffs contender Daniel Hemric were involved in this crash! pic.twitter.com/e18eypeV3u

This will likely be the end of @brennanpoole's title run. He's on #XfinityPlayoffs watch in the garage. pic.twitter.com/OKw4UKNVfA

Related: The Xfinity race didn’t make it very long before its first incident