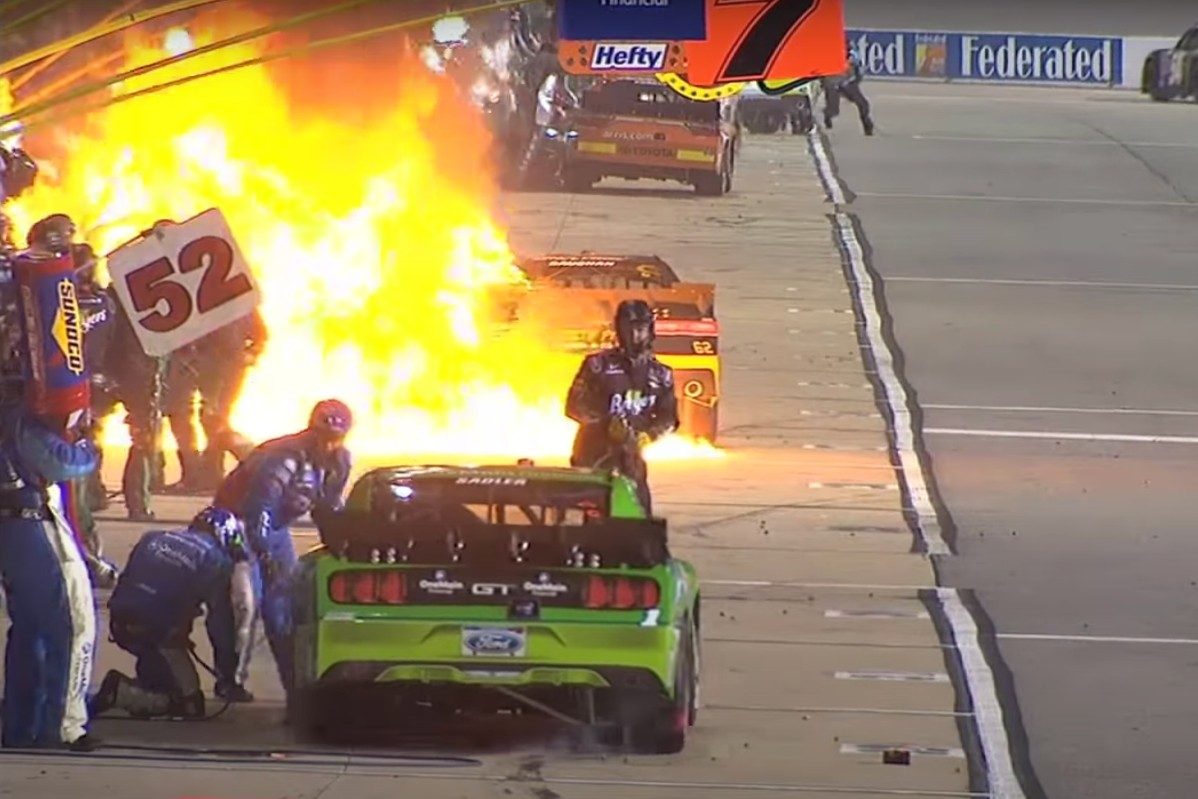 This, right here, is why everyone on a NASCAR team, and not just the driver, needs to wear a fire suit.

During a NASCAR Xfinity Series race at Richmond International Raceway back in 2015, a fire broke out on pit road. This resulted in three crew members being hospitalized — two from Brendan Gaughan’s team at Richard Childress Racing and one from Eric McClure’s JGL Racing team.

Needless to say, it was a pretty intense situation that fortunately everyone ended in all of those affected making a full recovery.

“An emotional night for this entire South Point team and I here at Richmond,” Gaughan said following the race.

“When I saw the flame and that none of the guys were near my car, I tried to get away as fast as I could. That race car only had more fuel in it that could potentially ignite and I didn?t want that to happen. Don?t tell me these guys aren?t professional athletes, they are the toughest, most athletic guys I have seen. We had a strong finish and now I am going to go check on my boys.”

Gaughan’s rear tire changer Anthony O’Brien, his fueler Josh Wittman, and McClure’s team member Clifford Turner were among those injured in the pit road incident. Wittman was released from a Richmond hospital after an overnight observation, while O’Brien took the weekend to recover. Turner, who was not burned but inhaled extinguisher chemical when he was on top of one of Gaughan’s crewmen, was also released from treatment soon after the fire.

As for the cause of the blaze, leaking fuel was ignited by a spark, which possibly came from a car’s lug nuts. This just all goes to show the dangerous unpredictability of NASCAR. This sport isn’t for the faint of heart, that much is for sure.