When Brehanna Daniels started school at Norfolk State University, making NASCAR history wasn't even the smallest blip on her radar. But, sometimes you make your mark on the world where you least expect it.

In 2016, the Virginia native was recruited into the NASCAR Drive for Diversity program. This took Daniels down a path of intense training, which eventually culminated in her becoming NASCAR's first Black woman pit crew member.

Today, Daniels, who is of Guyanese and African-American descent, is in the same conversation as such barrier breakers as Bubba Wallace and Wendell Scott. And, to think, the 28-year-old's journey towards stardom all started with an unlikely conversation of a different sort on a Monday in April. 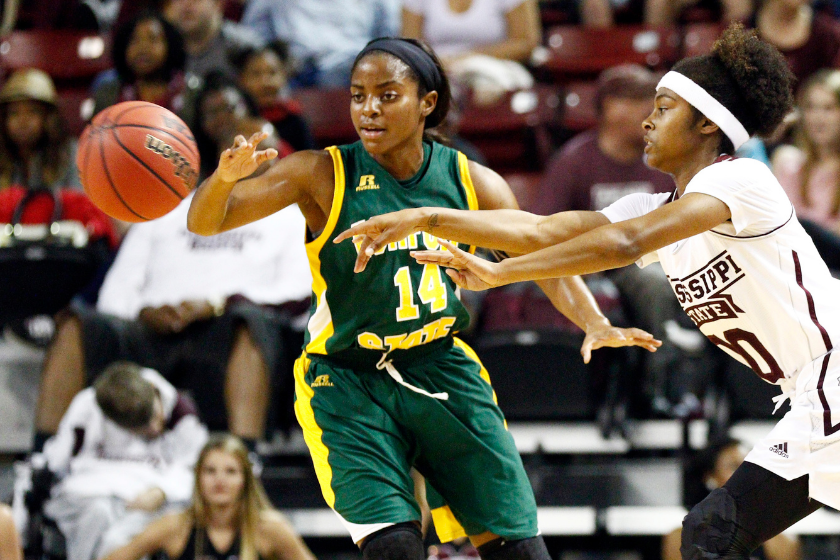 Six years ago, Brehanna Daniels' life trajectory looked a whole lot different. She was pursuing a major in communications at Norfolk State University, where she also played point guard on the women's basketball team. Daniels wasn't even a fan of NASCAR, much less considering a career in the sport.

"Especially, you know, a little black girl like myself at that time. [I] definitely was like, I'm never getting into NASCAR. It wasn't even a thought in my mind," Daniels told ABC News.

But, on a Monday in April 2016, Tiffani-Dawn Sykes, NSU's NCAA eligibility specialist at the time, approached Daniels with an opportunity to try out as a NASCAR pit crew member via the Drive for Diversity program.

Launched in 2004, Drive for Diversity was started with the intent to offer more opportunities in NASCAR for minorities and women. You probably know what program has done on the NASCAR driver side of things, with the likes of Bubba Wallace, Kyle Larson, and Natalie Decker getting their start there. But, it also has a lesser known part dedicated to pit crew development.

Daniels initially wasn't 100% sold by Sykes' proposal, but after watching a video showing a NASCAR pit stop, she understood the appeal. With the tryout in two days, Daniels decided to give the opportunity some serious thought.

"Wednesday morning, I woke up," Daniels told TODAY. "God told me, 'Brehanna, you have to go to this NASCAR tryout.' I was like, 'You know what? I don't question that man upstairs."

After a series of physical tests, Daniels went to the Drive for Diversity National Combine in May 2016. The combine included 24 participants, six of them women, and only half of the total number of attendees would move on. According to Phil Horton, who was NASCAR's director of athletic performance at the time, Daniels' previous experience as an athlete, particularly her hand speed, greatly contributed to her success at the combine.

When Daniels got the news that she had made the cut, she cried tears of joy.

"I didn't know what I was getting myself into. It's always rewarding to see your hard work pay off when you're working toward something," Daniels said. "That was my goal, to be one of the ones selected. I even had more motivation because during the national combine, one of the guys came up to me ... and he was like, 'Yeah, they say there's no women that really make it in this.'" 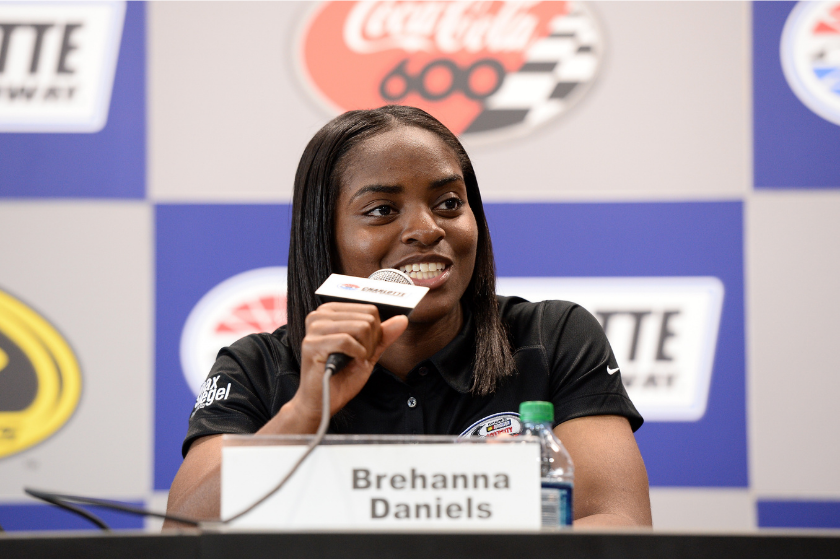 After a completing a six-month Pit Crew Development Program, Daniels was off and making history. With her debut at the ARCA race at Fairgrounds Speedway in April 2017, Daniels became the first Black woman over-the-wall tire changer in a national racing series.

Alongside Breanna O'Leary, another Drive for Diversity graduate, Daniels worked as a tire changer for ARCA driver Thad Moffitt at Toledo Speedway in Ohio. She also pitted in NASCAR's Camping World Truck Series for Cody Ware and in the Xfinity Series for Mike Harmon.

In June 2017, Daniels became the first black woman to work in a pit crew in a NASCAR Cup Series race at the Coke Zero Sugar 400 at Daytona International Speedway. Changing tires on Ray Black Jr.'s race car, Daniels and O'Leary also made history as the first female duo to work in a pit crew. In 2019, Daniels also pitted with O'Leary for Cody Ware in the Daytona 500 qualifying race and the race itself.

Despite her accomplishments, Daniels had to deal with her fair share of racism while she was getting started.

"Someone said, 'Why does it matter that she's Black?' I even got called the N-word online," Daniels said.

"I was getting a whole bunch of messages. With all the hate, there are some positive comments. There are people saying, 'Yeah girl, keep doing your thing!' or 'Oh, it's about damn time!'"

In the last few years, Daniels has seen NASCAR move in a positive direction, particularly in the wake of Bubba Wallace's successful campaign that led to NASCAR banning the Confederate flag from all official events.

"There's always room for improvement," she said. "But, I'm very proud of NASCAR and for all the progress it's made. Yeah, I love to see it."

As far as what the future holds, Brehanna Daniels is optimistic about NASCAR's future as a barrier-breaking sport. For women like her hoping to follow in her footsteps, she has this simple advice:

"Never put yourself in a box. Always be open to new opportunities. If you're going to do something, do something that will impact others for the better."

READ MORE: Wendell Scott Was a WWII Vet, a Moonshine Hauler, and a NASCAR Pioneer