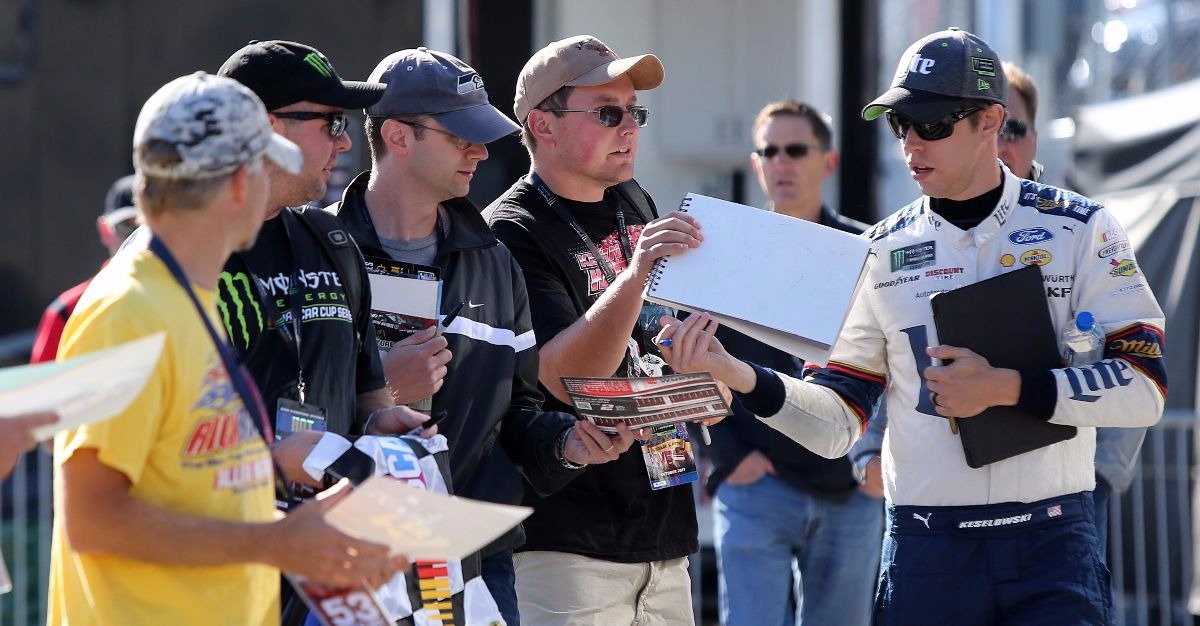 Brad Keselowski has started a pretty cool tradition. Brad, his wife and sometimes his daughter have made a point to go searching for fans at their camp sites before races to have an un-scripted and un-scheduled interaction. This tradition was born out of a want to connect with his fans in a more real way after countless experiences that were what he describes as a no-win situation. Rushed autograph signings and fans approaching at inopportune times are some of the interactions that are not conducive to striking up a real connection.

In a feature on NASCAR.com, Keselowski gave an example of those interactions that can sour a driver’s attitude towards fans:

“There was this kid outside the motorhome lot. We pulled in, and we were just doing a quick in and out. This kid was yelling for us. His dad yelled, ‘Stop, stop, stop. It’s for the kid.’ It made me kind of feel bad. I said, ‘Hold on, we’ll be back, I’ve got to make a stop.’

“As we were driving away from him, and I already told him we’d be back, he was just getting louder, ‘How can you not stop for the kid? It’s for the kid.’Ten minutes later, I went to sign the stuff for the kid. And it was one of these false interactions where the dad had all the stuff and it was definitely for Dad. Dad had four die-casts, two hats and collectibles that obviously the kid is never going to get to play with. That does jade you from time to time. There’s no doubt about it.”

Just hearing the story can make you feel uncomfortable. But Keselowski knows that there is nothing he can do about those interactions. All he can do is try to seek out better, more real experiences. Like the ones he gets when he shows up unannounced to fans’ camp sites. Surprising fans and just spending time as a real person and the occasional beer with a fan are the kinds of interactions that can tear down that wall put up between drivers and their fans.

Having a bad weekend at the track used to make Keselowski feel empty somehow, but he says:

“When I do things like this, it makes the bad weekends on the track not feel so empty.”

Related: Mrs. Keselowski shows off her own driving skill qualifying for the Better Half Dash